Kinmen Island, Silent Witness of the Battle of Taiwan vs China 1958

Kinmen Island, Silent Witness of the Battle of Taiwan vs China 1958

Chen Ing-wen stepped onto a rocky outcrop about 3km from the Chinese coast on the Taiwan-held island of Kinmen and showed how as a soldier he used to shoot from there at Chinese trawlers that got too close.
Ummatimes - "It was just to scare them - but they weren't scared," said 50-year-old Chen, who served his military service in Kinmen from 1991 to 1993. "We weren't trying to kill them, just warning them to leave."
Located on the front line between Taiwan and China, Kinmen was the last place where the two engaged in a major battle, in 1958 at the height of the Cold War. As a memory, puppet soldiers were aiming weapons at China from some old bunkers.
China views Taiwan as part of its territory, and has never renounced the use of force to bring it under Beijing's control. 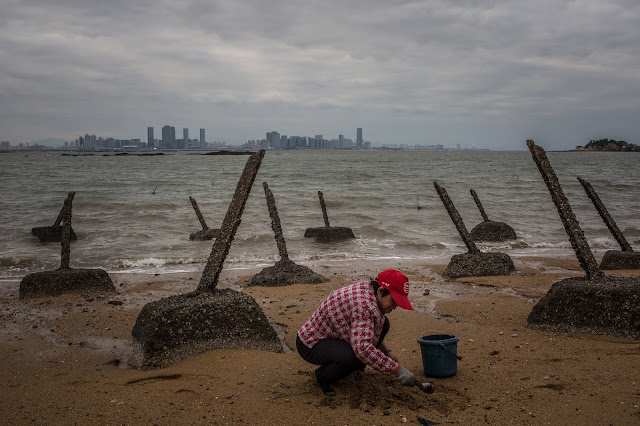 The recent spike in tensions, with China's air force conducting a four-day maneuver into Taiwan's air defense zone in early October, sounded the alarm in Taipei as well as the West. that Beijing may be planning something more dramatic.
But in Kinmen, less than an hour by plane from Taipei and face to face with China's Xiamen skyscrapers, there's no panic or restrictions on visits from Taiwan.
"We are a very safe place. Neither economically nor people's lives, we are not feeling any impact from cross-strait tensions," Ting Chien-kang, who runs the Kinmen government's tourism department, told Reuters outside the destroyed house briefly occupied by Communist. troops in the failed invasion of the island in December 1949.
Kinmen, along with the Matsu islands further up the Chinese coast, have been under government control in Taipei since Republican troops fled to Taiwan in 1949 after losing a civil war to the Communists.
Regular firing did not end until December 15, 1978, when Washington formally recognized Beijing over Taipei, although at that time bullets were fired on odd-numbered days containing propaganda leaflets.
"I don't want that to happen again," said Jessica Chen, 53, who runs a tea shop and recalls the shooting. "People might think the situation is tense, but we're used to it."
At its closest point, from the Mashan observation post, the main island of Kinmen at low tide is less than 2 km from Chinese-controlled territory. It was from there that former World Bank chief economist Justin Lin swam across to defect to China in 1979.
The Kinmen government is working hard to promote the island as more than just a war memorial, hoping to attract young otter-watching and bird-watching visitors, to stay in trendy new boutique guesthouses and enjoy local oysters.
Carefully maintained propaganda signs call the Communists "bandits", and a statue of the late leader Chiang Kai-shek, a man now negatively rated by many Taiwanese for his dictatorship, lauds him as a "savior of the people".
Some have turned past tensions into profit, such as the famous Kinmen knife maker from old bullet casings.
"Reunification is the best - not war," says knifemaker Lin You-hsin, 60. "Peaceful coexistence is much better."