Princess Mako of Japan has married her non-royal lover, Kei Komuro, in a quiet ceremony, officially marking her departure from the royal family.
Ummatimes - The couple submitted their marriage documents to the ward office at around 10 a.m. local time Tuesday (10/26/2021), according to the Imperial Household Agency.
After the wedding, Mako will move back to New York, where she had studied. The city in the United States (US) is also home to a law firm where Komuro works.

1. Will live in a one bedroom apartment

The New York Post reported Wednesday that Mako and her husband will be moving into a one-bedroom apartment in New York City. 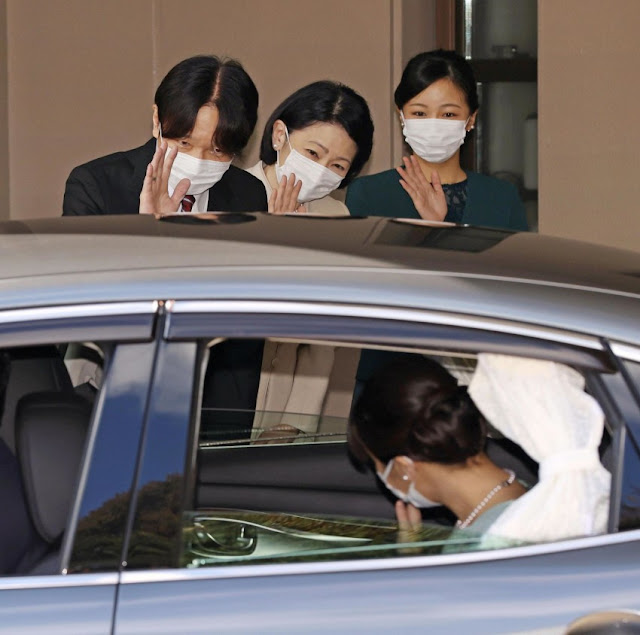 Previously, Japanese media reported that the couple moved into a condo in Tokyo after their wedding, but were planning to move permanently to the Big Apple.
However, it is not clear exactly which area of ​​Gotham the couple plans to rent the apartment in.

Mako's husband has a job at a law firm after taking the New York bar exam in July.
Meanwhile Mako is reportedly in the process of getting a visa so she can also work in the US, NHK reports.
The newlyweds will live financially independently after Mako refused the $1.23 million payment she was due after leaving the royal family.
Mako is the first member of the imperial family since World War II to refuse to accept payment. She chose not to accept it because of the criticism surrounding her marriage.
The couple also did not hold a formal wedding ceremony or reception, and chose to marry by filing official legal documents.

3. Press conference after the wedding

The couple held a press conference shortly after their wedding. On that occasion Mako said that her marriage was what they needed.
“To me, Kei-san is a priceless person. For us, our marriage is a necessary choice to live while respecting our hearts,” he said.
Meanwhile, Komuro says he loves Mako and wants to live with her.
"I like Mako. I live only once and I want to spend it with someone I love," he said.
The couple first met at Tokyo International Christian University before they announced their engagement in 2017. They originally planned to marry the following year but were delayed due to financial problems related to Komuro's mother.