Malaysia Has Proposed the Malacca-Dumai Bridge, but SBY turned it down

Malaysia Has Proposed the Malacca-Dumai Bridge, but SBY turned it down 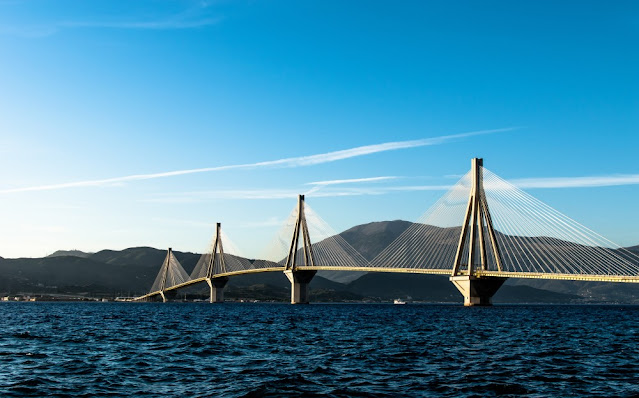 Ummatimes - However, the proposal was rejected by President Susilo Bambang Yudhoyono. When speaking to the Indonesian people in Berlin, March 5 2013, he said that four years ago, Malaysia proposed the construction of a bridge connecting Dumai to Peninsular Malaysia.
"I refuse. I know that if the Sumatra-Malaysia bridge is built, Sumatra's wealth will be sucked into Asia. I prioritize the construction of bridges in the country, namely connecting Sumatra and Java first so that the two regions can support each other and move forward faster," he was quoted as saying by Suara Update daily.
SBY was planning to build a Sunda Strait bridge connecting Java and Sumatra.
This Malacca Strait Bridge is designed with a length of 49 km from Telok Gong, near Tanah Mosque, the state of Malacca in Peninsular Malaysia, to Rupat Island and continued to Dumai, Riau.
The budgeted cost is 12.5 billion US dollars or equivalent to Rp. 171 trillion. According to the chairman of Straits of Malacca Partners, Tan Sri Ibrahim Zain, China's Export-Import Bank is willing to finance 85 percent of the total cost.
Malacca Chief Minister Datuk Seri Mohd Ali Rustam said Malacca has a population of 800,000 and 40,000 vehicles including buses and trucks enter the state every day. "We also received 7.2 million tourists last year," he said as quoted by The Star, August 19, 2009.
“In Sumatra, where the bridge is connected via Dumai, there are 70 million people and 10% of the rich. They have money and come to Malacca for health tourism."
“They really want to come to Malaysia and Thailand for their holidays,” he said in his remarks after attending a seminar organized by the project developer, Straits of Malacca Partners Sdn Bhd.
Malacca Tunnel Ideas
The Indonesian government's rejection of the idea of ​​constructing the Malacca Strait Bridge gave birth to a new proposal: the Malacca Strait Tunnel.
"This project is more cost-effective and feasible at a cost of around RM15 billion (Rp. 51 trillion) compared to the Dumai-Malaka bridge which is estimated at RM44.3 billion," said the dean of the Malaysia University of Technology Construction Research Alliance, Prof Dr Muhd ​​Zaimi Abd Majid as quoted by Antara. The Star, January 21, 2014.
Known as the Johor-Riau Link, the 17.5 km underwater tunnel will connect Karimum Island in Riau to Kukup, Pontian, near the ferry terminal in Pontian district, Johor, Malaysia.
At that time, UTM and Pelalawan Regency Government signed a memorandum of understanding to conduct a project feasibility study.
It has been a long time since the continuation of the tunnel construction plan was mentioned by Senator Muhammad Zahid Md Arip from the United Malaysia Indigenous Party (Bersatu) during a hearing with the Deputy Minister of Foreign Affairs of Malaysia, Kamarudin Jaffar, Thursday, October 21, 2021.