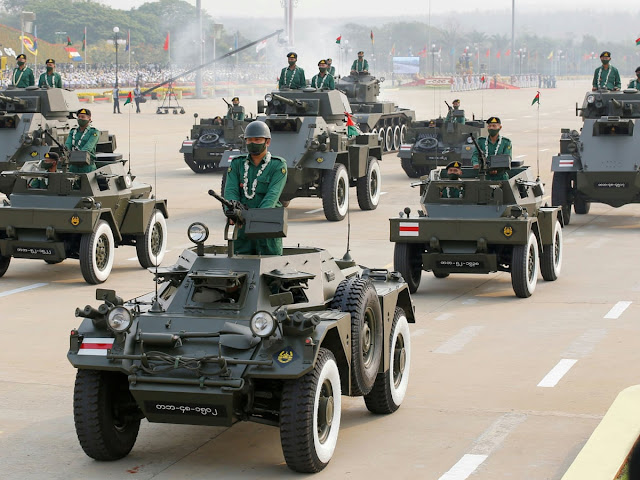 Ummatimes - Andrews said he had received information that tens of thousands of military troops and heavy weapons were being transferred to restive areas in Myanmar's north and northwest.
The findings suggest that the military government or junta appears to have been preparing for crimes against humanity and war crimes.
The tactics are reminiscent of tactics the military used before the genocidal attacks in 2016 and 2017.
"This tactic is reminiscent of the tactics used by the military before the genocidal attacks against the Rohingya in Rakhine State in 2016 and 2017," Andrews said.
It is known that around 740,000 Rohingya fled Myanmar's Rakhine state in 2017.
They fled after security forces launched a crackdown that the United Nations has said amounted to genocide.
Furthermore, Andrews hopes his estimates are wrong.
Still, he wants the United Nations to remain prepared for more mass atrocities by the military.
"We all have to be ready, because people in this part of Myanmar are ready, for more crimes of mass atrocities. I really hope that I'm wrong," Andrews said.
Andrews urged countries to reject the junta by not providing it with the money, weapons and legitimacy it wanted.
According to him, actions such as those carried out by the Association of Southeast Asian Nations (ASEAN) have succeeded in suppressing the junta.
Earlier on Friday (10/15/2021), ASEAN gave a grave insult to the military regime, by not inviting the head of the junta to the summit to be held on October 26-28.
"ASEAN's announcement that the junta will not be accepted at its upcoming summit strikes at heart," Andrews said.
After being 'excommunicated' from the summit, the head of the Junta, Min Aung Hlaing, announced the release of more than 5,000 people jailed for protesting the coup.
To note, more than 1,100 civilians died in the country's bloody crackdown on dissent.
Meanwhile, more than 8,000 have been arrested since the coup, according to local monitoring group AAPP.
Andrews said troops controlled by the junta had secured a quarter of a million people.
Many of those detained were tortured, he said, including dozens who died as a result.
Andrews added he had received credible reports that children had also been abused.