Moroccan Party: Normalization with Israel is a Crime

Normalization with Israel is a Crime

A party in Morocco, the Justice and Charity Party (JCP), criticized the diplomatic normalization between the country and Israel. They stressed that it would never bring stability or economic benefits. 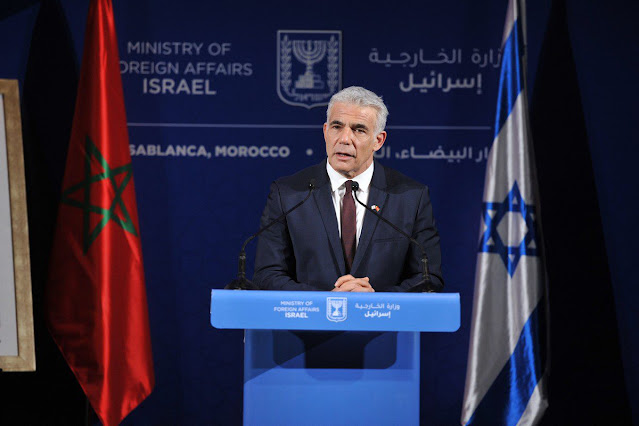 Ummatimes - “Normalization of relations (with Israel) is a crime and a betrayal of the defenseless Palestinian cause and occupation. Many of them were killed or forced out of their homes, or their homes and holy places were destroyed," said JCP spokesman Fathallah Arsalan.
According to him, by carrying out diplomatic normalization with Israel, the Moroccan authorities have opened the door wide for cultural, political, educational and security penetration. "Attempts to cover up the Zionist entity, which is committing crimes against our religion, humanity and law through deals here or there, will fail," Arsalan said.
On September 15, 2020, Bahrain and the United Arab Emirates (UAE) signed a diplomatic normalization agreement with Israel. This was achieved thanks to US mediation and support under the leadership of former president Donald Trump. This normalization agreement is known as the Abraham Accords.
In addition to the UAE and Bahrain, the US is also helping Israel carry out diplomatic normalization with Sudan and Morocco. Palestinians condemned the peace deal. According to Palestine, what Muslim countries are doing is a “stab” for their struggle for independence.