Myanmar's military junta promised to act cooperatively in implementing the peace plan it agreed with ASEAN. The promise was made by Myanmar despite the country's strong rebuke from ASEAN, which has decided to reject the presence of the junta leader at this week's ASEAN summit. 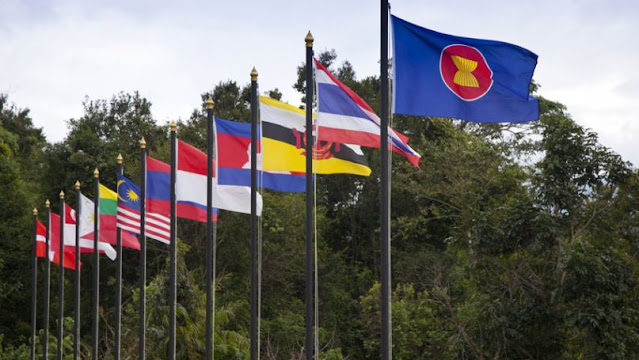 Ummatimes - In an announcement made by state media on Sunday, the junta said it upholds the principle of coexistence with other countries. The junta also said it would cooperate with the Association of Southeast Asian Nations in following up on the five points of "consensus" they agreed on in April. it is supported by China and Western countries.
ASEAN foreign ministers on October 15 rejected the presence of Ming Aung Hlaing, Myanmar's military leader who carried out the coup on February 1, because he was deemed to have failed to implement the agreed peace plan. full access in Myanmar for ASEAN special envoys.
The junta on Friday night (22/10) hit back by accusing ASEAN of violating the principles of consensus and non-interference in the internal affairs of its members. The junta refused to approve sending political representatives from Myanmar other than Min Aung Hlaing. The current chairman of ASEAN, Brunei , has not commented on the refusal.