Myanmar slams ASEAN for not inviting junta leader to summit

Myanmar slams ASEAN for not inviting junta leader to summit 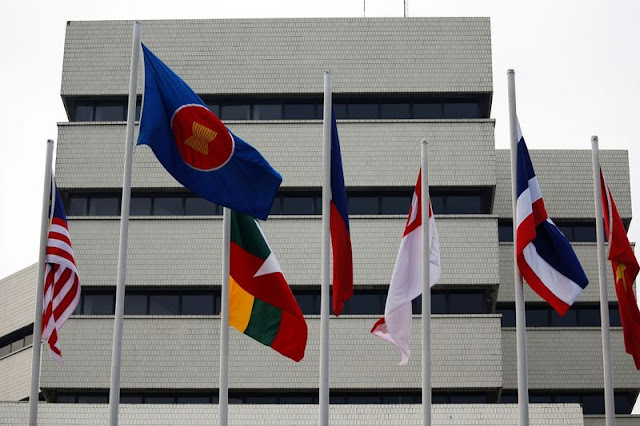 Ummatimes - "Myanmar will not be in a position to accept any outcome of the discussions and decisions that are contrary to the provisions, objectives and principles of the ASEAN Charter," said a Foreign Ministry statement.
The ASEAN Summit is scheduled to take place on 26-28 October. International pressure has been mounting on ASEAN to act tougher on the crisis in Myanmar since the military coup on February 1. Myanmar failed to take agreed steps to end the violence, allow humanitarian access, and start dialogue in line with the ASEAN consensus reached in April.
The junta leader was not invited due to a lack of progress on the peace plan agreed with ASEAN in April. Instead, ASEAN invited a Myanmar non-political figure to the summit.
The decision is a bold move for ASEAN, which has traditionally favored consensus and engagement over criticism of member states. Malaysian Foreign Minister Saifuddin Abdullah said ASEAN should rethink its non-intervention policy amid the worsening human rights crisis in Myanmar.
"Although the problems in Myanmar are local and national, they have an impact on the region, and we must also acknowledge the concerns of the other nine member states," said Saifuddin.
Saifuddin said non-intervention had contributed to ASEAN's inability to make effective decisions quickly. He suggested a move towards a new policy with constructive engagement. “And I also state the fact that we cannot use the principle of non-interference as a shield to avoid the problem being tackled,” said Saifuddin.
Saifuddin's statement is a criticism rarely made by ASEAN foreign ministers against a member country. A junta spokesman blamed ASEAN's decision on foreign intervention, including by the United States and the European Union.
Meanwhile, the UN Special Rapporteur on the situation of human rights in Myanmar, Tom Andrews, urged the UN to pass a resolution banning arms sales to Myanmar. Andrews also called for sanctions on Myanmar's oil and gas companies, which are the military government's biggest source of revenue.
"This action is necessary as dual-use weapons and technology continue to be sold and delivered to the junta," Andrews said.
Andrews also warned of the possibility of more bloodshed in Myanmar. As the military moves tens of thousands of troops, heavy weapons and other military assets to the north, which is the base of anti-junta rebel groups, “Unfortunately, we are likely to face other disasters, including the loss of innocent lives, and more human rights violations. again," Andrews said.