The defense ministers of the North Atlantic Treaty Organization (NATO) have approved a new plan to defend against potential Russian attacks on multiple fronts. NATO reaffirms the alliance's core goal of deterring Moscow, despite increasing focus on China. 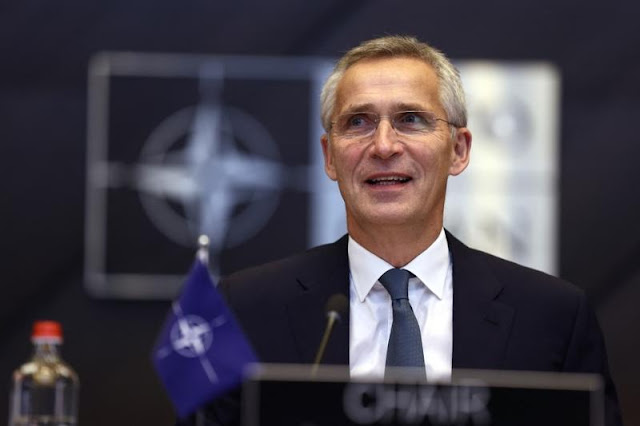 Ummatimes - The covert strategy aims to prepare for simultaneous attacks in the Baltic and Black Sea regions which could include nuclear weapons, hacking of computer networks, and attacks from outer space.
NATO Secretary General Jens Stoltenberg approved a $1 billion budget to provide financing for developing new digital technologies. "We continue to strengthen our alliance with a better and modern plan," Stoltenberg said, after meeting with NATO officials on Thursday (21/10).
Officials stressed that they did not believe a Russian attack was imminent. Moscow has denied any aggressive intentions. On the other hand, Moscow says, it is NATO that risks destabilizing Europe by preparing for the plan.
However, NATO diplomats say the Concept of Deterrence and Defense in the Euro-Atlantic Area and a strategic implementation plan are urgently needed. This is because Russia is developing advanced weapons systems and deploying troops and equipment closer to the allied borders.
"This is a way of prevention. And this is being adapted to Russia's current behavior, and we see violations especially in the airspace of the Baltic states, and also increasing attacks in the Black Sea," German Defense Minister Annegret Kramp-Karrenbauer said of the plan.
A more detailed regional plan will be finalized by the end of 2022, allowing NATO to decide what additional weapons are needed, and how to position its forces.
In May, Russia amassed about 100,000 troops on its border with Ukraine. This is the highest troop deployment since Moscow annexed Crimea in 2014.
Then in September, Russia used a new combat robot in a major military exercise with former Soviet ally Belarus, which had alarmed its Baltic allies.
Russia is upgrading or replacing Soviet military space systems to potentially attack satellites in orbit. Russia is also developing artificial intelligence-based technologies to disrupt allied command systems, and is developing super-weapons. In 2018, Russia launched a nuclear-capable hypersonic cruise missile that could evade early warning systems.
Retired US General Ben Hodges, who led US troops in Europe from 2014 to 2017, hopes the plan will encourage greater coherence in NATO's collective defence. Thus more mobilization of resources for the Black Sea region.
Hodges said major allies like Britain and France had a strong presence in the Black Sea. While Turkey is more focused on the conflict in Syria. "To me, this is a more likely flash point than the Baltic," Hodges told Reuters news agency.
A former senior NATO official now at the Friends of Europe think-tank in Brussels, Jamie Shea, said the plan might help strengthen the focus on Russia. Especially at a time when major allies seek to increase their presence in the Indo-Pacific and counter China's growing military might.
“The assumption until now was that Russia was a nuisance but not an imminent threat. But Russia did some worrying things. They train with robotics, and hypersonic cruise missiles which can be very distracting," Shea said.