Pakistan and China urge the world to send aid to Afghanistan

Urge the world to send aid to Afghanistan

The leaders of Pakistan and China on Tuesday (26/10) urged the international community to immediately send humanitarian and economic aid to Afghanistan. Currently Afghans lack food and medicine to face the winter.
Ummatimes - The United Nations (UN) has warned that Afghanistan is on the verge of a humanitarian crisis with more than half of the population facing acute food shortages. Pakistani Prime Minister Imran Khan and Chinese President Xi Jinping discussed Afghanistan over the phone.
They say Afghans need international help to ease their suffering, prevent instability and rebuild the country after the United States withdrew and the Taliban came to power. 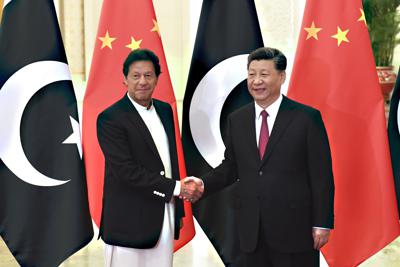 The latest developments come a day after Chinese Foreign Minister Wang Yi met with representatives of the Taliban in Qatar to discuss various issues. Pakistan and China are longtime allies and along with other countries, they have sent humanitarian aid to Kabul over the past two months.
Pakistan wants the world community to cash in on Afghan assets to allow Kabul to use its own money to prevent a deepening crisis. Currently, the Taliban government does not have access to Afghanistan's $9 billion central bank reserves, most of which are held by the New York Federal Reserve.
More than 22 million Afghans will suffer food insecurity this winter due to climate change-driven drought. "This winter, millions of Afghans will be forced to choose between migration and hunger unless we can increase aid," said World Food Program (WFP) Executive Director David Beasley.
Reported by Gulf Today, Tuesday (26/10), the crisis is already on a larger scale than the one facing Yemen or Syria. According to a statement issued by the WFP, one in two Afghans is facing a Phase 3 or Phase 4 crisis, namely a food shortage emergency. Phase 4 is one step below the famine and officials say Afghanistan is facing its worst winter in a decade.