Last week, the governments of Peru and Venezuela officially reopened diplomatic relations which had been closed for more than four years. However, behind the news it turned out that a newly appointed Peruvian Ambassador to Venezuela, Richard Rojas Garcia, was accused of being involved in a money laundering scandal. 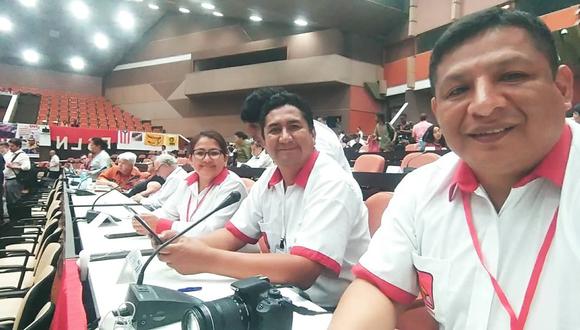 Ummatimes - Previously, the Peruvian Prosecutor's Office had also opened investigations into several officials in the government of President Pedro Castillo. The reason is that the investigators suspect that several officials are involved in corruption and money laundering cases.

1. Rojas is banned from leaving Peru for six months

The Peruvian Prosecutor's Office on Wednesday (20/10/2021) has banned Richard Rojas Garcia from leaving the country for the next six months. In fact, Rojas plans to leave for Caracas after being appointed Peru's ambassador to Venezuela.
The Sixth Court of Preparatory Investigation The National Court of Appeal justified that Rojas' departure created a stumbling block in the investigation process. Therefore, in order to achieve the purpose of the investigation the request was claimed by the Prosecutor's Office.
Meanwhile, Rojas who is a member of the Peru Libre Party is accused of being involved in money laundering to fund the left-wing party, which is often dubbed Los Dinámicos del Centro, quoted from the page The Rio Times.

Quoted from the Market Research Telecast, this investigation was given to Rojas because he was allegedly involved in the illegal funding scandal to the Peru Libre Party, which won the presidential election in July.
Meanwhile, the scandal, which is known as Los Dinámicos del Centro, also concerns the main leader of the Peru Libre Party, Vladimir Cerrón. In fact, not only that, but several other party officials, such as Guido Bellido and Waldemar Cerrón.
Even in August, an investigator named Richard Rojas Gómez revealed that many people were already involved in a criminal organization formed within the Peru Libre Party. He even said that they could deceive the state by transferring assets from criminal activities.

3. Rojas refuses to be involved in money laundering scandal

Based on Rojas' interview at RPP on CNN, he said if there was no real evidence against him and they would not find anything. Even Rojas also called the request from the prosecutor's office excessive and unnecessary and damaged his work and personal rights.
On the other hand, Rojas is also ready to fully support the investigation carried out by the Peruvian Prosecutor's Office. Meanwhile, the Castillo government is also willing to wait for the investigation process to finish and will determine in the future whether he will remain in his position or be replaced.
Last September, Rojas Garcia was actually nominated for ambassador to Panama, but did not get a response from the Peruvian Ministry of Foreign Affairs. Then, Castillo moved him to Venezuela as well as to reopen diplomatic relations between the two countries.
Meanwhile, the reopening of relations with Venezuela is actually based on a practical problem, namely the repatriation of Venezuelan citizens who became immigrants in Peru and actually did not expect an improvement in political relations with Caracas, reported the Market Research Telecast.