Ahead of the UN Climate Conference or COP26, Pope Francis hopes world leaders can provide concrete steps to address the environmental crisis. Through a statement released Friday (10/29/2021), the Pope hopes that radical steps will be produced at the meeting.
Ummatimes - The UN COP26 Summit takes place from 31 October to 12 November in Glasgow. The Pope hopes that the conference can be a momentum to foster a sense of shared responsibility for a better world.
"It is imperative that each of us commits to urgent change. The political decision-makers who will meet at COP26 (expected) to immediately provide an effective response to the current ecological crisis," the Pope said, quoted by the BBC.

According to the Pope, COP26 is an event to foster hope for future generations. The Pope realized that COP26 would not be easy. Nevertheless, the event is an opportunity to improve the environment. 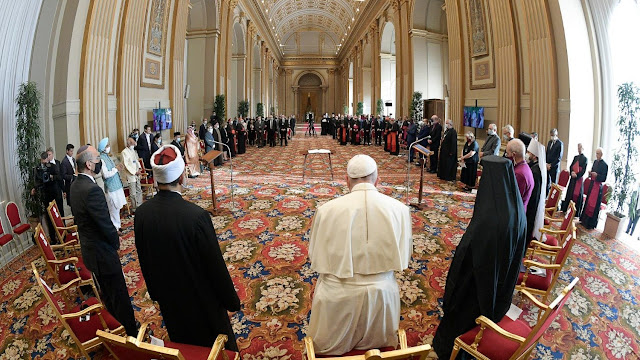 "This crisis gives us the need to make decisions, radical decisions that are not always easy. At the same time, difficult moments like this also present opportunities, opportunities that we should not waste," said the man born in 1936.
The British Prime Minister, Boris Johnson, acknowledged that the summit was an important event but that radical decisions would be difficult to come up with.

2. The Vatican will send its delegation to COP26

Although the 84-year-old pope will not attend the summit due to health reasons, the Holy See will still send a delegation.
Pope Francis also warned of the dangers of isolationism and protectionism in the face of the climate crisis.
“We can face this crisis by retreating to isolationism, protectionism and exploitation. Or we can see in them a real opportunity for change, a real moment of conversion, and not just in a spiritual sense,” he said.
"This last approach alone can guide us towards brighter horizons," the Pope added.

3. The UN is worried that COP26 will fail

UN Secretary General Antonio Guterres also expressed pessimism. If COP26 ends in failure, he said, then the world is heading for an irreversible humanitarian disaster.
"I hope we are still in time to avoid failing in Glasgow, but time is running short, and things are becoming more difficult and that's why I'm very, very worried. I'm afraid things will go wrong," Guterres said moments ago, quoted from The Straits Times.
Guterres' concerns are not without reason. At COP21 or the 2015 Paris meeting, world leaders agreed to limit global warming to below 2 degrees Celsius, or not even exceeding 1.5 degrees Celsius.
In fact, the Earth is currently experiencing an increase in air temperature of up to 2.7 degrees, said Guterres. Therefore, he made a special request to the G20 to take a more role in dealing with the climate crisis.
"Carbon pollution from a handful of countries has brought humanity to its knees and they bear the biggest responsibility," he said.