Britain's Queen Elizabeth, 95, spent one night in hospital for a "preliminary examination". However, he returned to his residence at Windsor Castle on Thursday (21/10). 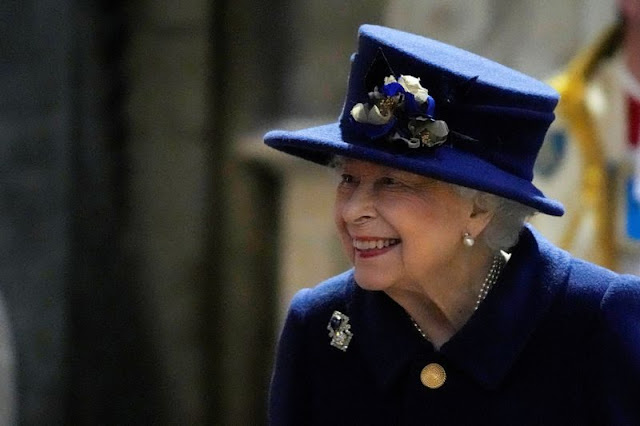 Ummatimes - In previous years, Queen Elizabeth had only spent the night in hospital. The world's oldest and longest-serving monarch on Wednesday canceled an official visit to Northern Ireland.
The palace said the Queen had previously been advised by her medical staff to rest. The Palace also stated that the Queen's illness was not related to Covid-19. "To follow medical advice to rest for a few days, the Queen went to the hospital on Wednesday afternoon to undergo some preliminary examinations. She returned to Windsor Castle for lunch today, and remain in a state of spirit," the palace said in a statement, Thursday (21/10).
A royal source revealed that Queen Elizabeth spent the night at King Edward VII in central London for practical reasons. Elizabeth, who is also queen of dozens of other Commonwealth countries -- including Australia, Canada and New Zealand, was back at work on Thursday afternoon running some light errands.
On Tuesday evening (19/10) the Queen hosted a reception in Windsor for billionaire business leaders, such as Bill Gates, after Prime Minister Boris Johnson held an eco-investment conference ahead of the COP26 climate summit.
During the reception on Tuesday, the Queen appeared well. He smiled happily when he met the guests. The head of state who next year will celebrate 70 years of his reign is known to have very good health.
The last time she is thought to have spent the night in hospital was in 2013. At the time, Ratu had symptoms of gastroenteritis. In 2018, she underwent successful surgery to treat eye cataracts and in 2003 underwent knee surgery.
Earlier this year, Queen Elizabeth's husband, Prince Philip, breathed his last at Windsor Castle. Philip died at the age of 99 and has been with Elizabeth for more than 70 years.
Prince Philip's departure hasn't stopped Elizabeth from continuing her official duties. But as she gets older, the Queen has left more and more duties to her heir, Prince Charles, as well as to other members of the royal family. Earlier this October, The queen has been seen using a cane for the first time in public, other than after undergoing knee surgery.