Saudi Arabia on Saturday (10/23/2021) announced a target to achieve zero carbon emissions by 2060. The announcement was made by Crown Prince Mohammed bin Salman at the Saudi Green Initiative (SGI) in Riyadh, days before the COP26 climate summit in Glasgow.
Ummatimes - The planned zero-emissions target sees Saudi Arabia join more than 100 countries that have committed to achieving net-zero emissions.

As reported by Reuters, Prince Mohammed said the zero emission plan was carried out while maintaining the role of strengthening the security and stability of the global oil market. In this ambitious target, plans have been made to cut methane emissions by 30 percent from 2020 levels by 2030, which the United States (US) and the European Union have also undertaken. 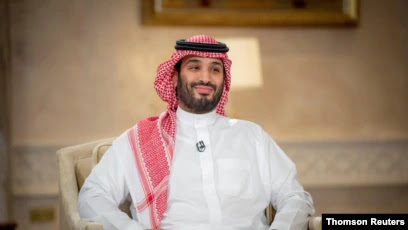 In carrying out this zero-emissions program, Saudi Arabia will eliminate 278 million tons of carbon dioxide emissions per year by 2030, higher than the previous target of 130 million tons. This SGI initiative will be implemented by involving an investment of more than 190 billion US dollars. The country will also plant more trees.
Another Gulf oil producer, the United Arab Emirates, this month announced plans for net zero emissions by 2050, the same time period targeted by the US and UK.
To realize this plan Saudi Arabia has built its first renewable energy plant, a wind farm which opened in April 2021 and started producing in August. Saudi Arabia has plans to build a hydrogen-producing plant worth US$5 billion.

2. Saudi Arabia is a supplier of about 10 percent of global oil 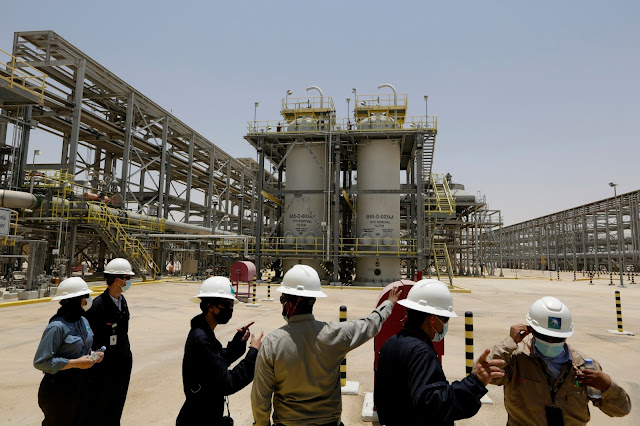 As the world's largest oil producer, Saudi Arabia has tremendous influence over the energy market and can put pressure on other producers. Last year Saudi Arabia managed to curb Russian production amid slowing demand due to the pandemic.
The oil-dependent nation opposes fossil fuels being phased out quickly, warning hasty changes will hurt low-income countries and those without access to basic energy. Recently a leaked document showed Saudi Arabia and other countries seeking to ask the United Nations to slow countries away from fossil fuels.
According to the Greenpeace group that obtained this document, Saudi Arabia is trying to encourage the use of carbon capture technology. The group says the technology is unproven and will allow countries to emit more greenhouse gases, assuming they can be removed from the atmosphere later.
Energy Minister Prince Abdulaziz bin Salman said in developing renewable energy, carbon capture, utilization and storage, and direct air capture, hydrogen and low-carbon fuels are essential.
Currently, global energy consumption is dominated by fossil fuels, such as crude oil, natural gas, and coal. Only 10 percent of electricity is generated by solar and wind power.

Richard Black, a senior fellow at the think tank's Energy and Climate Intelligence Unit, said Saudi Arabia's net zero target was "very welcome", but asked for more details on how to achieve it. He said the carbon capture being called for was still speculative.
Since the net zero target only applies to domestic emissions, it means that emissions generated from fuel shipped to other countries will not be counted. Saudi Arabia is not expected to reduce its oil and gas production, the country is likely to increase exports to China and India, where demand is expected to increase.
Amin Nasser, chief executive of Saudi Aramco, the Saudi-owned oil company said Aramco has a goal of expanding its oil and gas production capacity while striving to achieve zero net emissions from its own operations by 2050. Nasser called for more global investment to ensure adequate crude supplies. .