Saudi Arabia's Permanent Representative to the United Nations (UN), Abdullah Bin Yahya Al-Mouallimi, said Israel had robbed the Palestinian people of the most basic rights. Al-Mouallimi conveyed this at a meeting of the Economic and Social Commission for West Asia (ESCWA), which discussed the economic and social impact of the Israeli occupation on the living conditions of the Palestinian people. 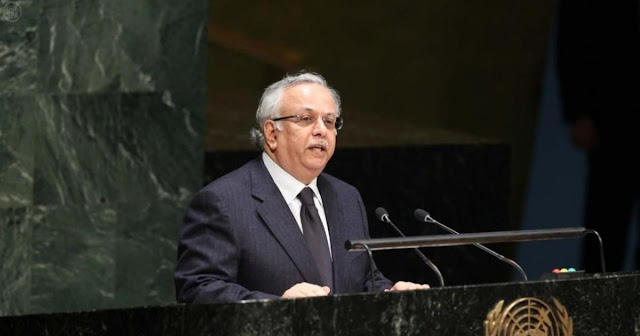 Ummatimes  - Al-Mouallimi said the right to development, self-determination and life is one of the most basic rights guaranteed under international law to everyone. However, the basic rights of Palestinians are still being taken away by Israel.
"The Israeli authorities are not only robbing the Palestinian people of their right to development, but also depriving them of their right to build an independent and viable state that embraces their hopes and aspirations," Al-Mouallimi said.
According to him, the UN report shows the extent of the violations as well as the economic and social impact of the Israeli occupation on the living conditions of the Palestinian people. The report also reveals the impact of the Israeli occupation on the inhabitants of the Golan Heights. Under the government of former prime minister Benjamin Netanyahu, Israel claims the Golan Heights as its territory.
Al-Mouallimi accused Israel's disregard for international resolutions reflecting a tendency to abandon all efforts aimed at achieving a just and comprehensive peace. Thus, Israel can continue its abuses against the Palestinian people and expand the construction of illegal settlements.
Al-Mouallimi stressed that development in the Palestinian territories and the occupied Golan Heights is closely related to achieving peace, security and justice. Therefore, development cannot be achieved without finding a permanent, just and comprehensive solution to the Palestinian problem.
Al-Mouallimi called on the Security Council to assume its political and moral responsibility by obliging Israel to comply with international resolutions and laws. International resolutions and laws call for an end to the Israeli occupation as well as a complete withdrawal from occupied Arab lands, including the Golan Heights in Syria. He also reiterated the Saudi kingdom's strong support for peace in Palestine.