An Israeli private jet that departed Tuesday became the first public flight from Israel to land in Saudi Arabia. This marks a continuation in improving relations between the two countries, according to Israeli media, KAN.
Ummatimes - The flight, which landed in the Saudi capital Riyadh, came one day after a Royal Emirates 737 Jet from Saudi Arabia landed at Tel Aviv's Ben-Gurion Airport, Israel on Monday night.
Reported in Al Araby, Wednesday (27/10), Israel's relations with Saudi Arabia have experienced a marked improvement since the normalization agreement was signed in September 2020 between Israel, the United Arab Emirates, Bahrain and Morocco. 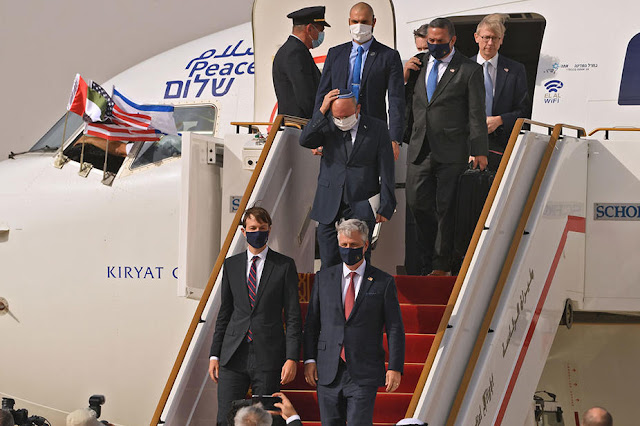 Despite much speculation and personal coordination between the two countries, Saudi Arabia has yet to sign a normalization agreement with Israel. No commercial flights operate between the two countries, but last year they agreed to open up each other's airspace.
It greatly facilitates the travel of travelers flying between Israel and the UAE. Prior to the opening of Saudi airspace, flights between Tel Aviv and Dubai had to avoid Saudi airspace by flying through Mumbai, plus between two and three hours of travel time.