Saudi Arabia's foreign minister said on Saturday the diplomatic crisis with Lebanon stems from the Lebanese political arrangement that reinforces the dominance of the Iran-backed armed group Hezbollah and continues to cause endemic instability.
Ummatimes - Saudi Arabia and other Gulf states expelled the Lebanese ambassador in a diplomatic row that risks adding to Lebanon's economic crisis, following critical comments about the Saudi-led military intervention in Yemen by Lebanese Information Minister George Kordahi.
"I think the problem is much broader than the current situation," Foreign Minister Prince Faisal bin Farhan Al Saud told Reuters, October 30, 2021.
"I think it's important that the government in Lebanon or the Lebanese institutions forge a path forward that frees Lebanon from the current political constructs that reinforce Hezbollah's dominance," he said. 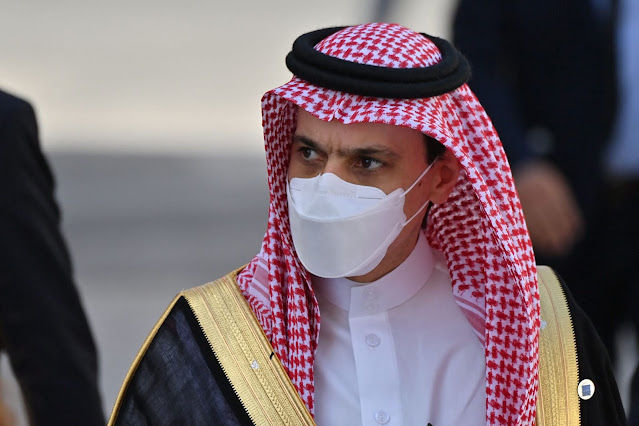 He said this arrangement weakens state institutions in Lebanon, in a way that makes Lebanon continue to proceed in a direction that is against the interests of the Lebanese people.
The dispute has sparked calls by some Lebanese politicians for Kordahi's resignation, while others oppose such a move, which could weaken the government as a whole.
"We have no opinion about the government in Lebanon. We have no opinion whether it stays or leaves, it's up to the Lebanese people," said the Saudi foreign minister, speaking from Rome where he is attending the G20 summit.
George Kordahi is publicly supported by Hezbollah and has refused to apologize or resign as Lebanon's information minister for the comments.