Saudi Arabia will soon introduce electronic passports for its citizens. The passport will replace the old passport so it is machine readable and has extra security features. 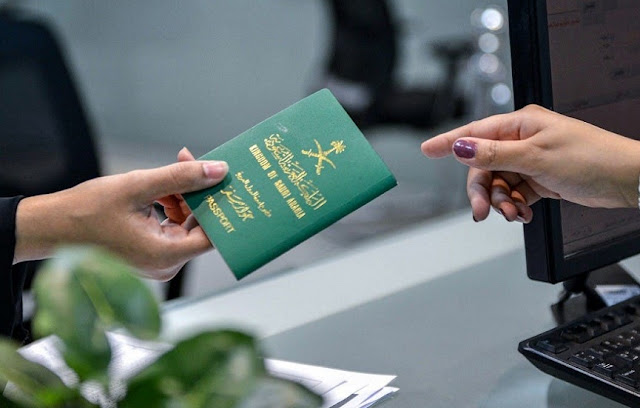 Ummatimes - As reported by Gulf News on Thursday (21/10) assistant Minister of Home Affairs for Technical Affairs, Prince Bandar Bin Abdullah Al Mashari said current passports will soon be replaced with machine-readable passports (MRP) and National ID can be renewed from anywhere.
Prince Badr said a new e-passport service would be launched in the coming months. This was conveyed by Prince Badr during his visit to the Saudi pavilion participating in the 2021 GITEX Technology Week at the Dubai World Trade Center.
Prince Bandar said the passports would have an electronic chip containing machine-readable passport holder data at all airports around the world. “Saudis will be able to renew their ID cards wherever they are without needing to visit the Civil Status office, and ID cards will be sent to recipients by post,” he said.
Prince Bandar said that all government agencies granting visas have allowed biometric and fingerprint registration when issuing digital visas without the need to visit an embassy. "This service will be available to everyone according to a schedule agreed between the Ministry of Foreign Affairs and all government agencies related to each type of visa," he said.