Australia and Singapore have reached the final stages of talks on a travel bubble or travel corridor between countries amid the Covid-19 pandemic. Australian Prime Minister Scott Morrison on Friday (22/10) said the travel rules were expected to be finalized sometime next week. 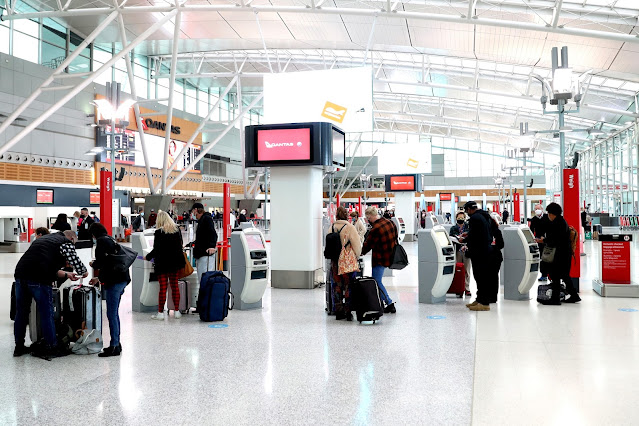 Ummatimes - The Sydney Morning Herald reports, as a first step the travel rules are intended for students or business travelers who have been vaccinated. It is possible that in the future it will be opened to tourists.
"The first step (is) to bring Australians home," Morrison said.
Morrison said the travel bubble rules apply gradually to those on student visas, business travelers, skilled migrants and international visitors. Morrison added Australia would reopen to international visitor arrivals before the end of the year. But the country will be in no rush to reopen international arrivals.
"The goal is to open safely so we can stay open safely," Morrison said.
Singaporean Prime Minister Lee Hsien Loong said Singapore and Australia have strong economic and investment ties. In addition, the two countries have warm people-to-people relations.
"We look forward to continuing the close connectivity between our countries as we move towards the future," Lee said.
Singapore Airlines (SIA) on Friday (22/10) announced that it will add more routes to Sydney from 1 December. Singapore-Sydney flights will operate daily.
In a separate release, Australian airline Qantas will reopen Singapore-Sydney flights on November 23, four weeks earlier than previously planned. Flights will be scheduled three days a week but starting December 18 the route will operate daily.