South Korean President Moon Jae-in will fly to Europe next week to attend the G20 summit in Rome and the United Nations Summit on climate change (COP26) in Scotland. The nine-day trip, which begins on Thursday, will include a meeting between President Moon and Pope Francis at the Vatican on October 29. 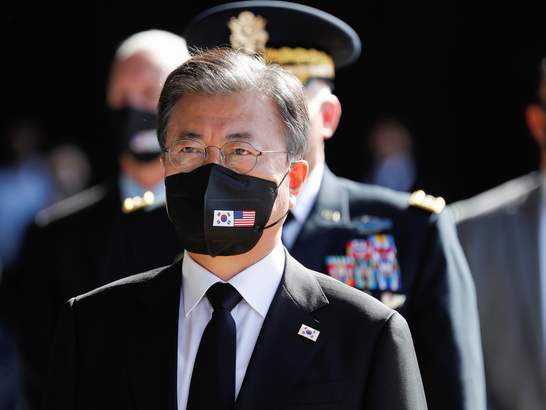 Ummatimes - "At the Vatican, the two sides want to discuss ways to promote peace on the Korean peninsula and global issues," Moon's spokesman said.
Moon will then participate in the two-day meeting of G20 leaders in Rome from October 30, before heading to Glasgow for the COP26 summit which will take place from October 31 to November 12. He also plans to make a state visit to Hungary. There Moon will take part in a summit with the so-called "Four Visegrads", including Poland, Slovakia and the Czech Republic.
South Korea is one of the most fossil fuel dependent economies in the world. Coal accounts for more than 41 percent of the country's electricity and more than 6 percent of renewable energy. Last year, Moon pledged to become a carbon neutral nation by 2050 to create jobs and boost economic recovery from the coronavirus pandemic. This month he pledged to increase his emission reduction target from 26.3 percent to 40 percent by 2030 from 2018 levels. Source: Reuters