Stolen Artifacts from Africa on Display in Museum to be Returned

Stolen Artifacts from Africa on Display in Museum to be Returned

The University of Cambridge in England and the Quai Branly Museum in Paris, France on Wednesday, October 27, 2021, announced that they would return a number of cultural artifacts looted from West Africa during the colonial era. This decision is expected to encourage other institutions to follow similar steps, by repatriating stolen art objects.
Ummatimes - Cambridge University will repatriate a statue of a rooster that was taken by British soldiers in 1897. The statue of the rooster is one of hundreds of bronze Benin, looted from the once victorious Benin Kingdom. The Kingdom of Beni was located in what is now Nigeria.
"This is the right thing to do to honor the unique cultural and historical heritage of this artifact," said Sonita Alleyne, Master of Jesus College from the University of Cambridge, UK, who presented the rooster statue to a Nigerian delegation. 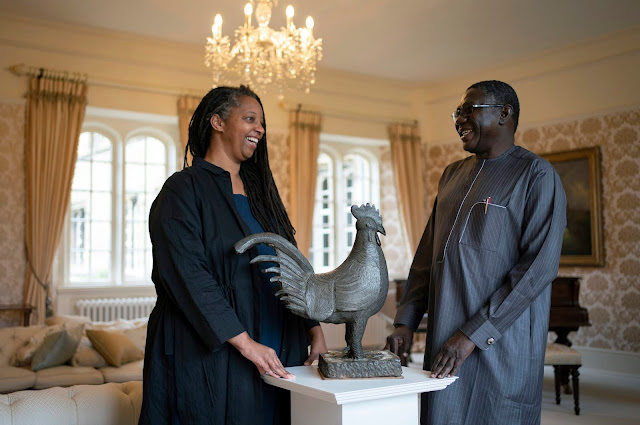 After being looted, the rooster statue was given to Jesus College at Cambridge University in 1905 by a student's father. In 2019, Jesus College announced it would return the artifacts to Nigeria.
Meanwhile, the Quai Branly museum in Paris, France, announced that it would hand over 26 artifacts to the Republic of Benin, which were stolen from the Abomey Kingdom in 1892. The 26 artifacts are part of about 5,000 artifacts that have been requested to be returned.
Some historians of art in France estimate that about 90 percent of African cultural heritage objects are believed to be in Europe. In the Quai Branly museum alone, there are about 70,000 archaeological objects from Africa and the British museum in London is estimated to store tens of thousands more archaeological objects from Africa.