Sudan is getting more tense, protesters in Sudan block roads

Sudan is getting more and more tense, protesters in Sudan block roads

Pro-government civilian protesters blocked roads in Khartoum, the Sudanese capital, with makeshift barricades and burning tires on Tuesday (26/10/2021), a day after the military seized power in a quick coup that was widely condemned by the international community.
Ummatimes - The country's top military leadership said the government ousted on Monday was being held for their own safety. Reportedly, currently the detained officials are at the General's house. The military also said prime minister Abdallah Hamdok was in good health.

1. Massive protests after the coup

Hours after the military coup, Sudanese people flooded the streets of the capital, Khartoum and other cities in protest. Launching AP News, in the protest at least 4 people were killed and more than 80 others were injured due to the coercive action carried out by the military when dispersed the crowd. Security forces opened fire on the crowd who staged the protest. 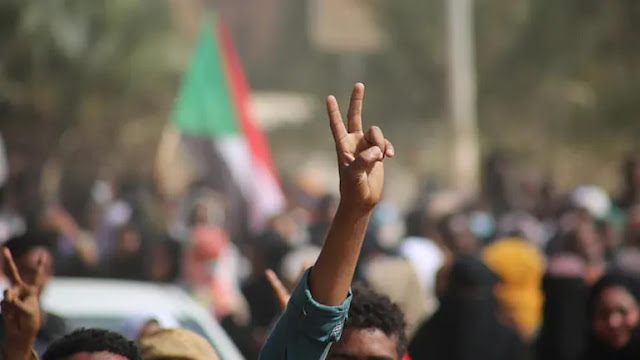 Special forces from the feared military were deployed overnight in the city of Khartoum to patrol and chase protesters. International group Human Rights Watch said the military forces used live ammunition against the demonstrators.
The international community is focusing on this, whether bloody violence will happen again in the region as happened in the 2019 coup. Some protesters chose to remain on the streets of Khartoum and Omdurman until Tuesday morning blocking roads.

2. US calls for an end to violence against protesters

US Secretary of State, Antony Blinken, called for an immediate end to violence against protesters and also for the immediate restoration of the internet. Al Jazeera reported that the military cut off internet access and closed several roads, bridges and airports in Khartoum.
Blinken said the US was coordinating with partners to map out a common diplomatic approach to address these actions and to prevent a further destabilizing situation in Sudan.
Reporting Reuters, on Tuesday, the demonstrations became increasingly heated. People supporting the civilian government took to the streets burning tires and chanting "don't go back to the military, they won't protect you." Khartoum and Omdurman are currently blockaded by the military and protesters.
Shops, schools and gas stations in the city have been closed since the coup. Voices from the mosque called on all parties to go on a general strike.

3. The military claims not to have carried out a coup d'etat

Sudan's top general, Abdel Fattah Al-Burhan, claimed that their attempt to dissolve the transitional government by arresting government officials was not an attempted coup. Burhan said the military action did not mean a coup, as the army had been trying to repair the path of the political transition.
“We just want to improve the direction to the transition. We have made a promise to the people of Sudan and the whole world. We will protect this transitional government," Burhan said. He said a new government would be formed and would not contain ordinary politicians.
He promised to hold elections in July 2023 and hand them over to the then elected civilian government. However, Western countries condemned the coup and called for the detained cabinet ministers to be released and said they would stop aid if the military did not restore power-sharing with civilians.