Pro-democracy protesters staged roadblocks at several points in the Sudanese capital, Khartoum, Tuesday (26/10). They demonstrated the day after the military staged a coup and arrested Prime Minister Abdalla Hamdok.
Ummatimes - In the action, the masses not only blocked the road but also burned tires. Similar actions spread to several other cities. According to the Sudanese Doctors Committee, at least four people have been killed and more than 80 others injured as a result of gunfire by security forces.
Military personnel hunted down the protesters and carried out patrols in the Khartoum neighborhood. Human rights group, Human Rights Watch, said troops used live ammunition when confronting demonstrators. 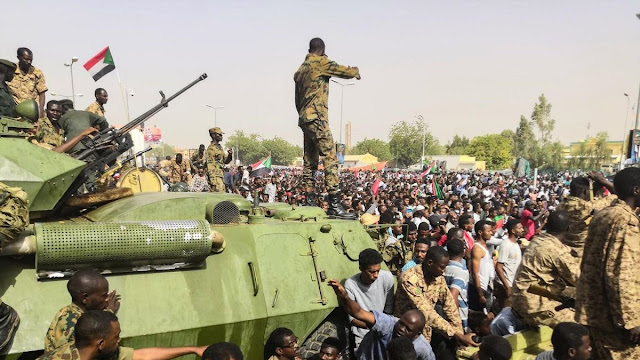 Mariam al-Mahdi, who served as foreign minister in the military-disbanded government, voiced opposition to the coup. Al-Mahdi insisted he and other members of Hamdok's government remained the legitimate authorities in Sudan.
"We are still in our position. We reject coups and such unconstitutional acts. We will continue our disobedience and resistance," al-Mahdi said.
On Monday (25/10), General Abdel-Fattah Burhan dissolved the government of Hamdok and the Sovereign Council. The council is a body composed of military and civilian representatives. They are tasked with running the post-military government toppled Omar al-Bashir's government in 2019.
After the transition period ends, Sudan is scheduled to hold elections and form a new government. But Burhan has blamed divisions among political factions for his coup.
Burhan heads the military council that is set to rule Sudan until elections are held in July 2023. The coup came less than a month before Burhan was supposed to hand over leadership of the Sovereign Council to civilians. Such a move would indeed reduce the military's power.
Nevertheless, Burhan said he was serious about holding elections as scheduled. However, there are still many doubts about this commitment. Because, in the next 19 months many things can happen. Even the military may be reluctant to let go of the grip it has held for decades. Hamdok and other figures in the transitional government are still being held in a military camp outside Khartoum.