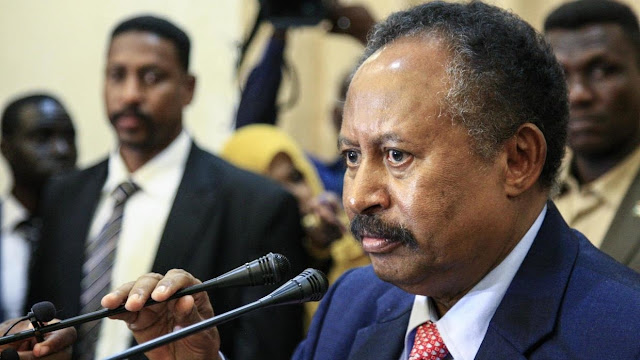 Ummatimes - The detention of Sudanese Prime Minister Abdallah Hamdok shortly after the military arrested a number of state officials. The military has arrested civilian officials including cabinet ministers, media advisers to the prime minister and members of the country's sovereign council.
Sudan's fate has been on the line since last month's failed coup. The government says it succeeded in thwarting the coup, which was allegedly instigated by loyalists of former President Omar al-Bashir, Tuesday, September 21, 2021.
Sudan's previous leader, Omar al-Bashir, was ousted after months of street protests in 2019. After al-Bashir stepped down, there was a political transition.
Al Jazeera's Hiba Morgan, reporting from the Sudanese capital, Khartoum. Currently telecommunication access has been restricted there. "So it's very difficult to get information about what's going on," he said.
"What we know for sure is that the minister of industry has been arrested. He posted the status on social media some before the arrest. He said that the soldiers were outside his house," Morgan said.
In his report, Morgan also said that the information minister had been arrested along with advisers to the prime minister. Several other officials have also been arrested.
The names of the detained officials are Ibrahim al-Sheikh, the minister of industry; Hamza Baloul, Minister of Information; Mohammed al-Fiky Suliman, member of the sovereign council; and Faisal Mohammed Saleh, the prime minister's media adviser. Ayman Khalid, the governor of Khartoum state was also arrested, according to his office's official Facebook page.
The Sudanese Professionals Association, the country's main pro-democracy political group, called Monday's military move a military coup. They asked the public to take to the streets in protest.