Several Syrians are facing deportation from Turkey because of a banana video. Several Syrians posted videos of themselves eating bananas while inciting hate speech as part of the provocation.
Ummatimes - The Turkish news agency Demiroren on Saturday (30/10) reported that eight Syrians including one minor were detained in the western city of Izmir. Turkey's migration authority said earlier this week seven other foreign nationals would be processed for deportation for related reasons.
Videos of people claiming to be Syrians eating bananas have been appearing since October 17. An online news outlet recorded an altercation between a young Syrian woman and a group of Turks on a street in Istanbul. 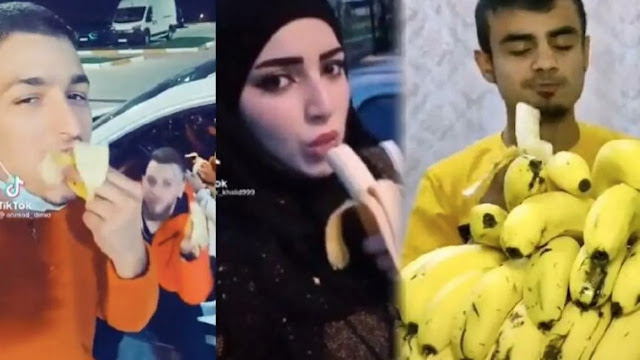 In the video a middle-aged man can be heard saying, “You live comfortably. I can't eat bananas, while you can buy kilograms of bananas."
Meanwhile, a woman also criticized Syrians for not joining the war. However, they returned to celebrate a religious day.
Turkey's Directorate General of Migration Management said it was working to uncover all these provocative acts. The Directorate General of Migration Management added that all individuals who made the video upload would undergo judicial and administrative procedures.
"The deportation process will start against the seven foreigners after they are processed by the judicial system. However, it has not been determined where they will be deported. The principle of nonrefoulement prohibits returning a person to a place where they face the risk of persecution or persecution," said a statement from Turkey's Directorate General of Migration Management. Algeria, Sunday (31/10).
Istanbul police authorities said 11 Syrians were detained for hate speech and insulting the Turkish people. Turkey hosts the world's largest refugee population, mostly made up of 3.6 million Syrians living under temporary protection. Most refugees were welcomed at the start of the Syrian conflict in 2011. However, deteriorating economic conditions in Turkey have turned local sentiment against the refugees.
Some Turks say Syrian refugees have a higher standard of living. Meanwhile, Turks struggle to pay for basic needs amid high unemployment and inflation.