Taiwan's Ministry of Defense in a report to members of Parliament, Wednesday, October 27, 2021, assured that it is not involved in an arms race with China. It's just that Taiwan needs to defend itself and doesn't need to put pressure on it.
Ummatimes - Tensions between Taiwan and China have flared in the past year as Beijing has stepped up its military and exerted political pressure to force Taipei to accept Chinese sovereignty. Chinese warplanes have repeatedly entered Taiwan's air defense zone or ADIZ.
In a report to parliament, Taiwan's Ministry of Defense described the situation in the Taiwan Strait, which separates Taiwan from China, as bad and unstable. Taiwan's Ministry of Defense labeled China's military action as an act of provocation. 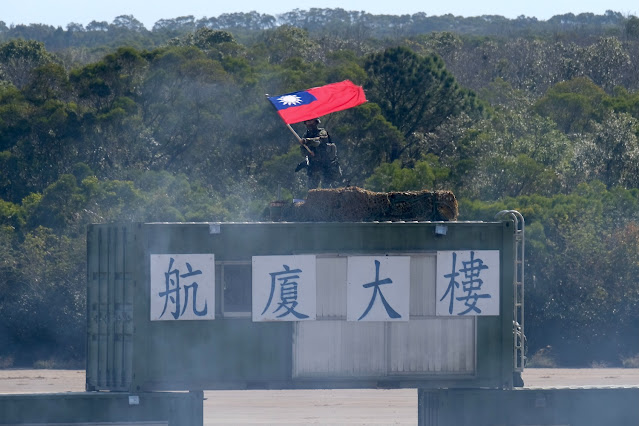 “Taiwan will not engage in a military race with the Chinese communist military and will not engage in military confrontation. We hope for peace and coexistence in the Taiwan Strait, but there is a threat from the Chinese Communists to our national security. We will do our best in defending the country's sovereignty and will not give in under pressure," Taiwan's Defense Ministry said.
Earlier on Wednesday morning, Beijing's spokesman reiterated the statement that the Chinese government is determined to prevent Taiwan's independence and bring Taiwan to remain subject to Chinese rule, which he hopes will all go peacefully. But Ma Xiaoguang, China's spokesman for Taiwan affairs, said the party had not promised not to use military force as they would choose various options if necessary.