The Taliban leadership, which controls Afghanistan, launched a program to tackle hunger on Sunday (24/10). The Taliban offered thousands of people to work in exchange for grain. 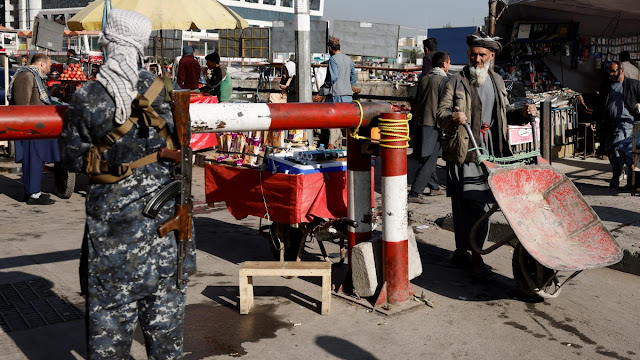 Ummatimes - Taliban spokesman Zabihullah Mujahid said the scheme would be launched around major Afghan cities. The scheme will only employ 40,000 people in the capital Kabul.
"This is an important step to fight unemployment, and the workers must work hard," said Mujahid, quoted by Al Arabiya, Monday (25/10).
The launch of the program was attended by Mujahid and other senior officials, including Agriculture Minister Abdul Rahman Rashid and Kabul Mayor Hamdullah Nomani. They cut pink ribbon and dug a small trench in rural Rish Khor to mark the start of the program.
Under the scheme, the Taliban did not provide wages to workers in the form of money, but wheat to meet their food needs. The Taliban recruits people who are currently unemployed and most at risk of starvation during the winter.
The program will last for two months. The Taliban are targeting 11,600 tonnes of grain to be distributed in the capital. Meanwhile, about 55,000 tons of wheat were distributed to other places, including Herat, Jalalabad, Kandahar, Mazar-i-Sharif and Pol-i-Khomri.
Work for laborers in Kabul includes digging aqueducts and building snow catchment terraces in the hills to combat drought. Afghanistan suffers from poverty, drought, power outages and a deteriorating economic system. Now, Afghanistan is facing the beginning of winter.