A man holding a knife goes berserk on the Keio Line train in Tokyo, Japan on Sunday, October 31, 2021 local time.
Ummatimes - This incident occurred near Tokyo's Kokuryo Chofu Station. At the time of the incident, a man in his 20s went on a rampage trying to stab a passenger. Reportedly, at least eight people were injured and one fainted.
The police managed to arrest the man who had sprinkled liquid and set fire to the passenger seat of the train so that the fire could be seen rising high in the carriage and smoke was scattered. 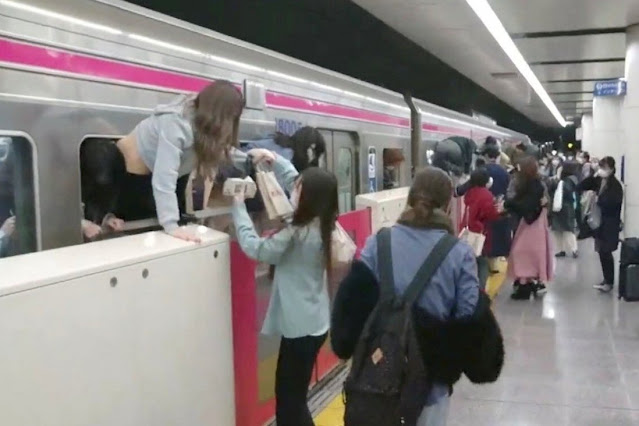 "We don't know the motive of the young man yet but we have arrested him and are being interrogated further," said a police officer (31/10/2021).
According to the Tokyo Fire Department, the man is believed to have also sprayed hydrochloric acid inside the first and second carriages of the train and set them on fire.
The perpetrator was arrested at the scene.
At the time of the incident, the train was leaving Chofu Station at 7:54 p.m. and headed for the next stop, Meidaimae Station.