There is a Bomb Threat at the HHS Building, Three Buildings on US Capitol Hill are evacuated

There is a Bomb Threat at the HHS Building, Three Buildings on US Capitol Hill are evacuated

Police temporarily evacuated three buildings on Capitol Hill, United States, on Wednesday (10/27/2021) local time after the Department of Health and Human Services (HHS) received a bomb threat.
Ummatimes - The HHS said in a statement that its headquarters in the Hubert H Humphrey Building received threats and an evacuation was carried out.
HHS spokeswoman Sarah Lovenheim wrote on Twitter at 2:30 p.m. local time that a number of the buildings in the southwest complex that were evacuated had been cleared and there were no safety concerns.
“This morning (Wednesday evening, WIB), there was a bomb threat received at the Humphrey Building. As a precaution, we evacuated the building and no incidents were reported," he said. 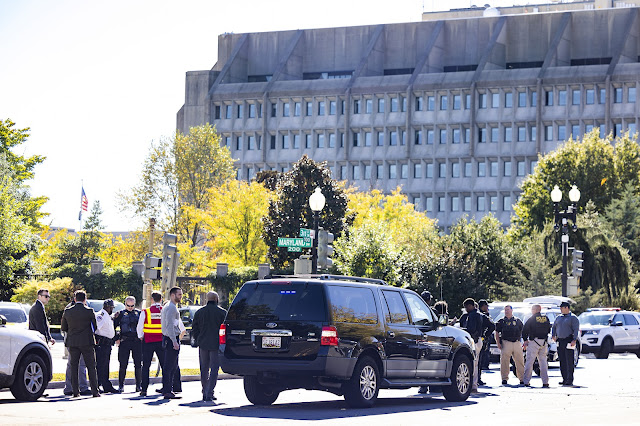 He added that he was monitoring the situation together with the Federal Protection Service.
On the same day, the US Capitol Police (USCP) issued a warning that the O'Neil Office Building was also evacuated due to the bomb threat.
Meanwhile, the US Botanic Gardens were vacated because the USCP was assisting the Federal Protection Service in dealing with the suspicious package.
The USCP also issued a separate warning early Wednesday that some sections of the road around the scene were closed.
WUSA-TV in Washington DC reported that authorities were also closing several roads in and around the southwest US Capitol area.
The bomb threat at the HHS Department on Capitol Hill comes more than two months after a man threatened to detonate a bomb near the US Capitol.
The police arrested the suspect, who turned himself in a few hours after the incident on Thursday (19/8/2021).
Police said the man was identified as Floyd Ray Roseberry, 49, a resident of Grover, North Carolina.
According to UPI, the man parked his truck on the sidewalk in front of the US Library of Congress. He told officers that he was carrying a bomb.
And Capitol Police Chief Tom Manger said the man appeared to have a detonator in his hand at the time.
Manger said Roseberry was livestreaming on Facebook from inside his truck during the incident.
WCNC-TV in Charlotte, N.C., said Roseberry posted several videos online.
He demanded to speak to President Joe Biden, and claimed that a revolution was underway.
Responding to the situation, the authorities then evacuated a number of buildings on Capitol Hill.
The Library of Congress - both the Jefferson and Madison buildings - the Supreme Court and the Cannon Building were all evacuated due to the incident.