Three journalists detained by Myanmar's junta after writing stories about the impact of the February 1 coup face terrorism charges that could see them sentenced to several years in prison, lawyers told Myanmar Now, Wednesday, October 27, 2021.
Ummatimes - The reporters were Win Naing Oo, a senior reporter for Channel Mandalay, and D Myat Nyein and Pyae Phyo Aung, a reporter for the Zayar Times.
The three were initially charged under Article 505-A of the Criminal Code on sedition. Lawyer Win Naing Oo said further details of the new charges by the Myanmar junta against his client would be released at the next hearing on November 5, 2021. 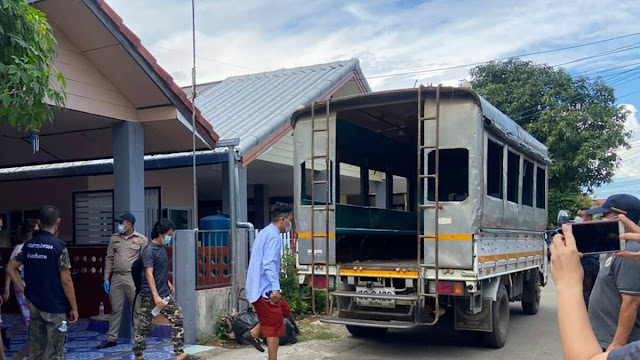 "I learned from the court that article 505 of the charge has been changed to one under the Anti-Terrorism Act," he said.
Win Naing Oo was due to appear at a hearing related to the charges under section 505-A on Tuesday but did not appear, lawyers said.
Family members and friends of the three journalists had hoped they would be released as part of the junta's recent amnesty after it was announced that those charged under section 505-A would be released.
Another lawyer said police and court sources had revealed that the Zayar Times reporter would face terrorism charges, but no detailed information was available.
"Only one charge has been brought before the court so far," the lawyer said. "Terrorism charges are still being filed at the police station, according to my sources."
D Myat Nyein, 25, has been held in Obo Prison in Mandalay since 26 July 2021 and has been attending hearings at the court set up inside the prison. His lawyer could not be reached for further details on the case against him.
Pyae Phyo Aung, 30, was arrested on October 11 and is due to attend his first trial under indictment 505-A at a court in Sagaing Township on October 29.
Myanmar Now was unable to contact the police station in the city of Sagaing, where Pyae Phyo Aung is being held.
Zayar Times stopped publishing at the end of July after the junta began targeting its journalists. Its editor-in-chief Saw Yan Paing and two other journalists there went into hiding to avoid arrest. It is unclear whether the three journalists who are in hiding will also face terrorism charges.
“As journalists we must have connections with both parties so that we can hear stories from both sides. It is very sad that we have to face such huge accusations," said one of the Zayar Times reporters who went into hiding and did not want to be named.
The junta has arrested about 100 journalists since the February coup and at least 53 of them are still being held as of October 1, according to Reporters Without Borders. About 20 journalists were released as part of the amnesty in mid-October.