Princess Mako, the eldest daughter of the Akashinomiya family, celebrates her 30th birthday this October 23. 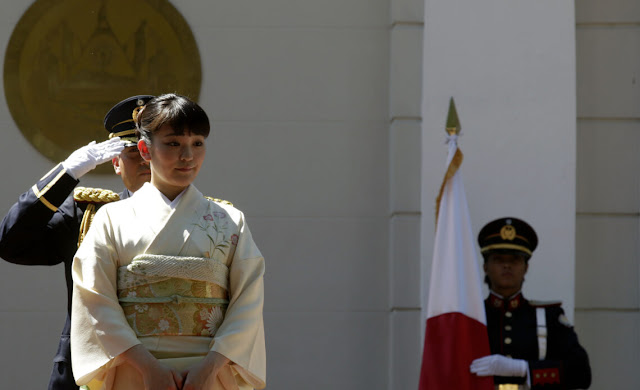 Ummatimes - Mako will marry Kei Komuro on October 26th. This means that this is his last birthday as a member of the Japanese empire.
After marriage, Princess Mako will become an ordinary Japanese citizen, no longer a member of the Japanese empire.
According to the Imperial Household Agency, activities have been restricted due to the coronavirus pandemic after last year, and there have been no local visits for the past year.
Mako participated in imperial events such as Rikkoshi no Rei in November last year, and in August this year, she selected the winning works of the Japan Kogei Association President Award and Takamatsunomiya Commemorative Award.
Although there was no activity at the Japan Tennis Association, who served as honorary President, he was impressed with the activities of the tennis players, watching tennis and wheelchair tennis at the Tokyo Olympics and Paralympics on TV.
Mako will leave the imperial family to marry.
He will therefore be retiring from the craft association and tennis association on October 26.
The honorary president of the Tennis Association will be presented to his sister, Princess Kako, on October 27, 2021.
Mako has been involved in various public affairs during her 30 years as a royal family.
He has also made many official visits abroad, visiting seven countries, including El Salvador and Honduras in 2015.
Of these, Paraguay and Brazil presented medals in October this year for contributing to friendly relations with Japan.