Turkey's parliament on Tuesday ratified a motion extending powers to launch cross-border anti-terror operations in Iraq and Syria for another two years.
Ummatimes - The motion also approved continued participation in the peacekeeping mission in Lebanon. The Justice and Development Party (AK), the Nationalist Movement Party (MHP), and the opposition Good Party (IYI) supported the motion for Iraq and Syria.
The main opposition Republican People's Party (CHP) and the Democratic People's Party (HDP) voted against the motion.
The motion, which was submitted to parliament by President Recep Tayyip Erdogan's government, allows the Turkish military to carry out cross-border operations in northern Iraq and Syria for two more years, from October 30, 2021 to October 30, 2023. 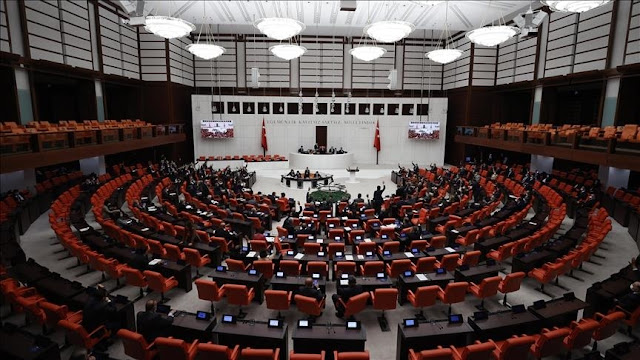 The Turkish government stated that the risks and threats posed by the ongoing conflict near Turkey's southern land border "continue to increase".
Stressing Turkey is keen to protect Iraq's territorial integrity, national unity and stability, the motion said the presence of the PKK and Daesh (ISIS) in Iraq poses a direct threat to Turkey's peace, regional stability and security.
The motion also condemns the PKK/YPG terrorist attacks in Syria, adding that Turkey has taken the necessary steps in line with its legitimate national security interests to safeguard "the peace and stability established in Turkey's area of ​​operation".
Lebanese Peacekeeping Mission
Turkish lawmakers also ratified a separate motion to extend another year the deployment of troops in Lebanon as part of the UN peacekeeping force. The AK, CHP, MHP, and IYI parties supported the motion, leaving the HDP as the only party opposing it.
Under the motion, Turkish soldiers' tenure in the United Nations Interim Force in Lebanon, also known as UNIFIL, is extended until October 30, 2022. The motion has been extended 14 times since it was first approved by parliament in 2006.
UNIFIL was founded in 1978, when Israel withdrew from Lebanon. The peacekeeping force is meant to provide security and help the Lebanese government rebuild its authority. More than 10,000 soldiers from 46 countries are part of the UNIFIL mission.​​​