The Ukrainian parliament on Tuesday (19/10/2021) approved the promulgation of a law to strengthen the National Anti-Corruption Bureau (NABU). This is in order to improve the performance of the institution which has been struggling to eradicate corruption in the Eastern European country. 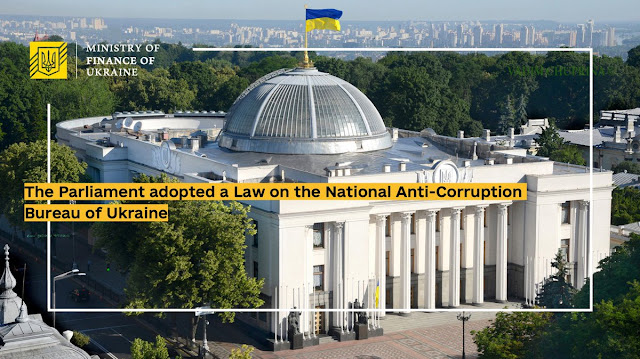 Ummatimes - Ukraine has previously approved a law that limits the existence of an oligarchy in its country's politics. So far, Ukraine is known as a country with high oligarchic influence and high corruption cases.

1. Approved by a majority of Ukrainian parliamentarians

The voting event showed 304 MPs approved the law to give it power and independence from NABU. In fact, it is known that only 12 members of parliament rejected the passing of the law and 23 of them decided not to vote.
After being approved by parliament, this law will need to be signed by President Volodymyr Zelensky for it to be officially passed and implemented in the country, quoted from the RFE/RL page.
The new law will set up a commission consisting of three government delegates and three others appointed by international aid to select two candidates to lead NABU. Then the government must choose one of these candidates.
In addition, the local government also cannot interfere or interfere with the performance and decisions of NABU, reported by Reuters.

2. NABU is able to show professionalism in fighting corruption

NABU was first established in 2014 and started operations in 2015 to tackle the problem of corruption in Ukraine. During its six-year journey, the institution has demonstrated its professionalism and independence from outside influences.
In fact, together with the Special Prosecutor's Office for Anti-Corruption and the High Anti-Corruption Court, this bureau has succeeded in catching and bringing corrupt members of the Ukrainian government who have never been touched by the law to be punished.
In addition, since the operation of the Anti-Corruption Court at the end of 2019, dozens of corruption cases have been proven. The perpetrators involved include a number of high-ranking state-owned companies, judges, prosecutors and elected officials convicted of accepting bribes, the Atlantic Council said.

3. Corruption is already a major problem and undermines Ukrainian politics

Reported from RFE/RL, Ukraine has been plagued by various cases of corruption and gratification. Even the Eastern European country is ranked 117th out of 180 countries in the 2020 Corruption Perceptions Index published by Transparency International.
Meanwhile, EU Ambassador to Ukraine, Matti Maasikas appreciated the decision to promulgate the law and said, "This is a positive step for Ukraine in its anti-corruption reform agenda."
The day before, Ukraine had also obtained an agreement with the IMF to obtain funds of 700 million US dollars.