United States Secretary of State Antony Blinken on Thursday, October 21, 2021, met with staff at the American Embassy in Bogota, who had been affected by the health anomaly, also known as Havana syndrome. 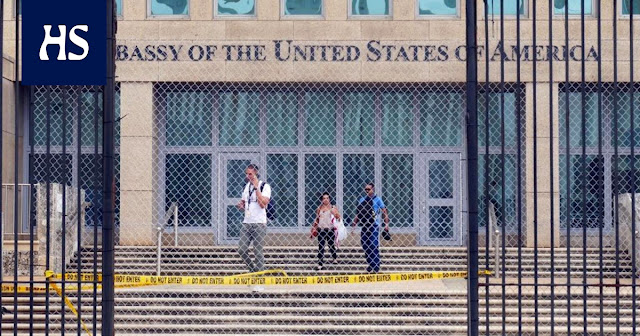 Ummatimes - Earlier this month, the Wall Street Journal reported that at least five family members serving on the US mission to Colombia had been affected by an unexplained health incident.
About 200 US diplomats, both staff and family members, are suspected to have contracted the mysterious illness, with symptoms of migraine, nausea, memory lapses and dizziness. This case first came to public attention in 2016 or after dozens of diplomats at the United States Embassy in Havana, Cuba, complained of being sick. But officially can not be concluded the cause of the syndrome.
A senior official at the United States Department of State said Blinken brought up this health incident during a meeting with the staff of the United States Embassy in Bogota and their family members on Thursday, October 21, 2021. This meeting took place on the sidelines of Blinken's three-day visit to South America.
On that occasion, Blinken also held separate closed-door meetings with those affected by this health incident.
“He (Blinken) has made it clear that health and safety is a priority for staff. He also stressed that the United States Department of State is committed to finding out the cause of AHIs, providing care to those affected and protecting our partners around the world," the statement said.
The Joe Biden administration is under pressure to show that it takes these complaints seriously. Earlier last weekend, a bipartisan Senate group urged Blinken to quickly appoint a special envoy to investigate the case.