A former Uruguayan military personnel named Gilberto Vázquez died on Friday (10/22/2021). The reason is, Vazquez is known as one of the perpetrators of human rights violations and violence in Uruguay when it was controlled by a military dictatorial regime.
Ummatimes - Uruguay, like other Latin American countries, has been ruled by a military regime for a dozen years. The dictatorial regime is said to have resulted in a series of actions of suppression and violence against the people, especially left-wing sympathizers and the opposition.

1. Died after his health condition worsened

Gilberto Vázquez died at the age of 76 while serving his sentence for committing acts of human rights violations and violence. While Vazquez died at the Military Hospital after undergoing treatment due to his deteriorating health condition. 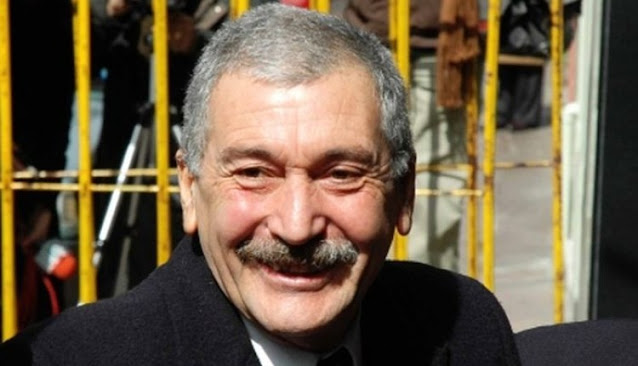 In April, the ex-military was also rushed to the hospital due to health problems and contracted COVID-19. Meanwhile, in January, he was also hospitalized due to chest pain problems.
Vazquez is known to have served his sentence in prison since December 28 last year. This is after judge Dahiana da Costa rejected the house arrest sentence previously given to her related to humanitarian issues in 2016, quoted from the La Diaria page.

2. Involved in kidnapping and torture cases

According to Mercopress, it was reported that Colonel Vázquez had been convicted of a number of kidnapping and torture cases, including the disappearance of María Claudia García. The reason, he is the grandson of the Argentine poet Juan Gelman, where he was taken when she was seven months pregnant in a prison in Buenos Aires.
In July 2021, Vázquez also received a life sentence by the Italian Prosecutor General for the disappearance of people under Operation Condor in several Latin American countries. The victims were mostly left-wing activists and a number of defectors from the military dictatorship regime.
Meanwhile, Operation Condor was an operation carried out by military dictators in Latin America in the 70-80s in order to create a common strategy to get rid of leftist governments and politicians in the region.

3. Vázquez says he has no regrets about his actions so far

Meanwhile, Vázquez once became the center of attention in 2020, after his expression in 2006 was successfully revealed. He admitted at the Military Court that he was recounting the executions and tortures he carried out during the dictatorship.
"We do execute, we don't kill, those are two different things. We don't torture, we suppress because there is no other way. That is what it takes to get people to confess because there is no other way to fight back and I am proud of what has I did," said Vazquez.
Besides that, he also emphasized that he was just a soldier who did his job to the best of his ability and there was no time to regret it. Although he admits that he often has trouble sleeping because he thinks of all the people he tortures, he still has no regrets.
"They will teach my grandchildren that I am a murderer and I am neither a murderer nor a scoundrel. I have to kill and I kill and I will never regret it," he added.
During the reign of the military dictatorship in Uruguay in 1973-1985, it is known that nearly 200 people have been reported missing and presumed dead due to the atrocities of the military regime, reported from the Mercopress website.