The top US representative in Taiwan, Sandra Oudkirk, reiterated Washington's commitment to helping Taiwan defend itself. The statement was delivered on Friday (10/29/2021) to the media crew, to illustrate the strong US-Taiwan relationship.
Ummatimes - "The United States is committed to helping Taiwan provide self-defense," said Oudkirk, who heads the American Institute in Taiwan, the de facto US embassy with no formal diplomatic ties, according to The Straits Times.

1. The US supports Taiwan, but obeys the one-China policy regime

For information, the laws in force in the US require that country to help Taiwan's defense system.
When asked whether the US would defend Taiwan if China invaded, Oudkirk reiterated that Washington's policy towards Taipei was clear and unchanged, just like the regulations that have been in effect to date. 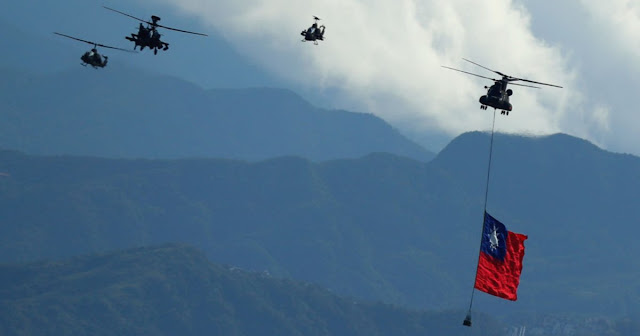 Previously, the US Secretary of State, Antony Blinken, regretted the attitude of the international community to isolate Taiwan. Therefore, he expects countries to support Taiwan to become a member of the United Nations (UN).
The US attitude towards Taiwan itself is known as an ambiguous policy. On the one hand, the US is subject to the one-China policy regime, because it does not have official diplomatic relations with Taiwan. On the other hand, the US has always expressed its support for Taiwan to become independent.

2. Taiwan predicts China will invade in 2025

On Wednesday (10/27/2021), China for the umpteenth time said that Taiwan had no right to join the United Nations.
"The United Nations is an international government organization made up of sovereign states, while Taiwan is part of China," Ma Xiaoguang, a spokesman for the Taiwan Affairs Office in Beijing, said on Wednesday (10/27/2021), reported by Al Jazeera.
"Taiwan has no right to join the UN," he added.
Taiwan-China relations are increasingly worrying. Taiwan's Defense Ministry told parliament that China's military provocations in recent weeks were the worst in 40 years. They also predict that China will invade Taiwan in 2025.

3. Taiwan is trying to avoid an arms race with China

Regarding the current dynamics, Taiwan has stated that it has no interest in competing with China's military capacity. However, Taiwan promises to defend itself from all pressures, one of which is the modernization of weapons and defense equipment.
China has embarked on a military modernization program by building new aircraft carriers and stealth fighters. On the other hand, Taiwan is also increasing its military budget to develop missiles and submarines.
In its report to parliament, Taiwan's Ministry of Defense described the situation in the Taiwan Strait as "severe and unstable".
"Taiwan will not engage in an arms race with the Chinese Communist military and will not seek military confrontation, (but) hopes for peaceful coexistence across the strait," the defense ministry said.
"But in the face of the Chinese Communist threat to our national security, we will do our best to defend our country's sovereignty and will never give up under pressure," he said.