The United States' Special Envoy for North Korea Sung Kim said North Korea's missile test was "worrying and counterproductive" to efforts to de-escalate tensions. He asked Pyongyang to return to the negotiating table. 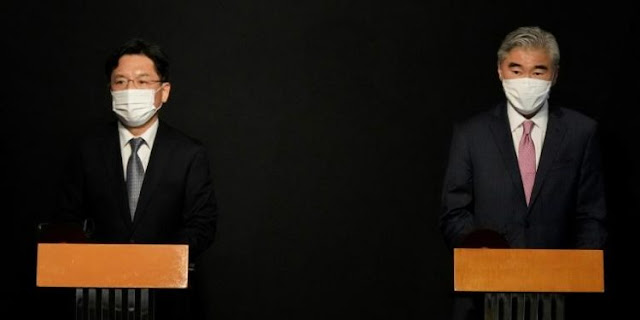 Ummatimes - This was conveyed by Kim, who also serves as the Indonesian Ambassador after meeting with the South Korean government. He said the United States was committed to exploring "substantive and sustainable diplomacy" with North Korea.
"Our goal remains to complete the denuclearization of the Korean Peninsula, which is why North Korea's recent ballistic missile test, one of several over the past six weeks, is worrying and counterproductive in the pursuit of lasting peace on the Korean peninsula," Kim said Sunday. 10).
So far Pyongyang has resisted US calls for a return to dialogue. North Korea accuses Washington and Seoul of encouraging diplomacy but at the same time increasing tensions with their own military activities.
Thursday (21/10) North Korea said the US reaction to a ballistic missile test from their submarine was exaggerated. North Korea insists the test is for defense and they also doubt the sincerity of Washington's call for dialogue.