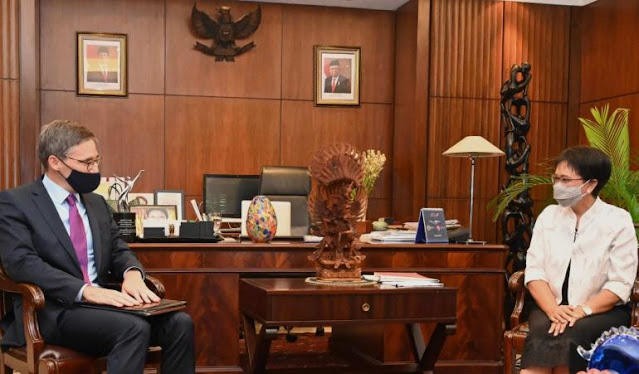 Ummatimes - Chollet said the main focus of meetings with officials in Southeast Asia this week was the deteriorating situation in Burma.
This includes urging and pressuring the military regime to stop the violence, to release those unjustly detained, including the release of American journalist Danny Fenster.
"Each of our stops has reaffirmed US support for the Burmese people and their aspirations for freedom and democracy," he said.
"The international community has an urgent responsibility to pressure the military regime to stop the violence, to release those unjustly detained, including, of course, American journalist Danny Fenster, and to respect the will of the Burmese people demanding the return of democracy," he continued.
As is known, Danny Fenster is an American citizen and managing editor of Frontier Myanmar.
He was arrested as he was about to board an overseas flight at Yangon International Airport.
Danny Fenster was arrested by authorities in Yangon City, Monday (05/24/2021).
According to him, the broad agreement encourages the regime to return Burma to the path of democracy, stop the violence, and release all those unjustly detained, and to follow the ASEAN Five-Point Consensus.
“What we found in the conversations this week and in the consultations we had prior to this trip with NUG, with countries in Southeast Asia, and more broadly, is that we are generally in agreement on the way forward,” he said.
The United States supports ASEAN's decision to reduce Myanmar's participation in the upcoming ASEAN Summit leaders meeting.
Chollet also announced the provision of assistance of USD 50 million to the people of Burma.
“We stand shoulder to shoulder with the people of Burma and the United States has provided more than $650 million in aid to Burma over the past five years, and just a few months ago, the US Ambassador to the United Nations Linda Thomas-Greenfield provided another $50 million in aid to the people of Burma. Burma," he said.