US Take Political and Economic Steps To Press Myanmar Junta

US Take Political and Economic Steps To Press Myanmar Junta

US State Department adviser Derek Chollet said the US was considering political and economic steps to pressure Myanmar's military junta to change its behavior. 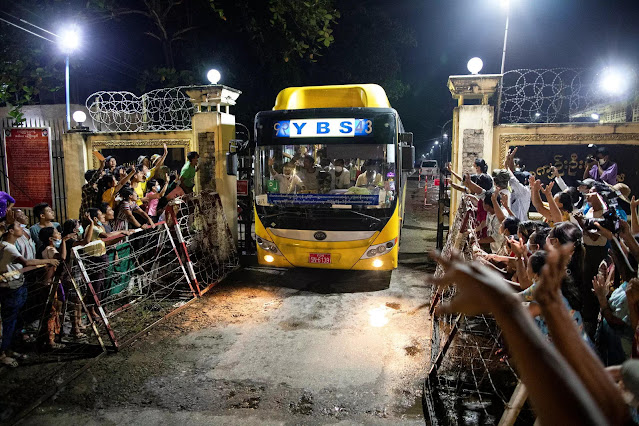 Ummatimes - "The situation in Myanmar is getting worse in terms of humanity, security, economy, and politics," said Derek Chollet in a press conference by telephone in Jakarta, Thursday, October 21, 2021, as reported by Antara.
He affirmed the United States' support for the people of Myanmar and their aspirations for freedom and democracy.
The international community, including neighboring countries, has an urgent responsibility to put pressure on the military regime to stop violence, release those unjustly detained, and respect the will of the people who all yearn for Myanmar's restoration to democracy.
He said governments of other countries could also take political and economic steps to pressure Myanmar's military junta.
"What we're trying to do is offer our best views and hear different partners from the region," he said.
Chollet said the United States considers the interests of allies and partners in the Southeast Asian region.
US Secretary of State Antony Blinken, said ASEAN is the architectural center of the Indo-Pacific region and is critical to stability, economic opportunity and the United States' vision for a rules-based international order.
"We will continue to strengthen ASEAN's centrality and our strategic partnership with ASEAN and its members," he said.