A 54-year-old man has been arrested by police for allegedly faking his death by killing a mentally ill man in Ahmednagar district, Maharashtra. The man faked his death to claim insurance money worth 5 million US dollars from an insurance company in the United States (US).
Ummatimes - Police have arrested four people for assisting the main suspect in planning and executing the murder of a mentally ill man. They killed the man by using a snakebite. The incident took place in Rajur village in Akole tehsil, Ahmednagar district in April this year.
"The main defendant Prabhakar Waghchoure has been living with his family in the US for the last 20 years. He has taken out a $5 million life insurance from an American company," Ahmednagar Police Superintendent Manoj Patil said, quoted by NDTV Tuesday (26/10). 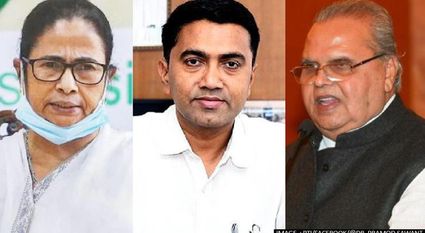 Patil said the defendant came to India in January 2021 and started living at his father-in-law's house in Dhamangaon Pat, a village in Ahmednagar district.
Waghchoure is suspected of conspiracy to kill a mentally unstable man. He implicated four other people Sandip Talekar, Harshad Lahamage, Harish Kulal, and Prashant Choudhary by promising them money.
Patil said, before killing, Waghchoure moved to the village of Rajur and started living in a rented house. He and other suspects then bought a venomous snake and made the reptile bite the victim. "After confirming that the victim was dead, they took him to the hospital, where they pretended to be a relative of the victim and registered his name as Prabhakar Waghchoure," Patil said.
Patil said the perpetrators told authorities that the victim was from the US and had been living in the village with his family members. They get death certificates and other legal documents, then send them to the US to get the insurance money.