When Calls Against Sudan Coup Are Called From Loud Mosques

When Calls Against Sudan Coup Are Called From Loud Mosques

Calls to oppose the military regime that carried out the coup in Sudan were echoed from mosque loudspeakers, Tuesday, October 26, 2021.
Ummatimes - The call for a general strike is in the air, a day after the army seized power in a coup on Monday, October 25, 2021, Reuters reported.
Streets in the capital Khartoum were blocked by mobs or soldiers. Likewise in its sister city, Omdurman across the Nile. The economy is almost completely dead. 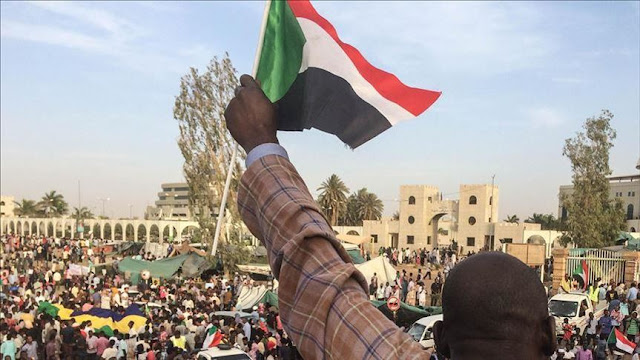 This is the second day of demonstrations against the military regime after on Monday, seven people were killed because of the military crackdown in dispersing the crowd.
Plumes of smoke rose above Khartoum from tires burned by protesters. Life has come to a halt in the capital and in its sister city Omdurman across the Nile, with roads blocked either by the army or by barricades of protesters.
The night appeared to have passed relatively calmly after Monday's riots, as protesters took to the streets against the arrests of Prime Minister Abdalla Hamdok and other civilians in the cabinet.
On Monday, coup leader General Abdel Fattah al-Burhan dissolved the civil-military Sovereign Council set up to lead Sudan to democracy following the overthrow of longtime autocrat Omar al-Bashir in April 2019.
Several bakeries are open in Omdurman with people queuing for several hours.
"We have to bear the consequences of this crisis," said a man in his 50s who was looking for medicine at one of the pharmacies that was running out of stock. "We can't work, we can't find bread, no service, no money."
In the western city of El Geneina, resident Adam Haroun said there was total civil disobedience, with schools, shops and gas stations closed.
Massive street protests took place in the cities of Atbara, Dongola, Elobeid and Port Sudan, as seen in posts on social media.
People chanted "Don't support the army, the army will not protect you."
The Sudanese Professionals Association, the coalition of activists that played a leading role in the uprising to oust Bashir, has called for a strike.
Western governments have condemned the coup, called for the release of detained civilian leaders and threatened to cut off aid, which Sudan needs to recover from the economic crisis.
The United States said it would immediately stop sending $700 million in emergency support.
After independence, Sudan was almost always under a military leader who seized power in a coup. Bashir was even on the US terrorism blacklist for hosting Osama bin Laden in the 1990s and is wanted by the International Criminal Court in The Hague for war crimes.
Since Bashir's ouster, the military has shared power with civilians under a transitional government to prepare for general elections in 2023. The country has been in tension since last month when a coup failed.