5 Things About the Liverpool Al-Swealmeen Bomber: Asylum Seekers to Converts

5 Things About the Liverpool Al-Swealmeen Bomber: Asylum Seekers to Converts

British police have identified the alleged perpetrator of the explosion in Liverpool on Sunday, November 14, 2021, named Emad Al Swealmeen, 32 years old.
Ummatimes - He was also killed in an explosion in front of a maternity hospital. Al Swealmeen asked the taxi driver to take him to the hospital, which is about 10 minutes from where he stopped the taxi.
According to Reuters, police have not made it clear whether he is linked to any particular terrorist group.
Here are the facts about Al Swealmeen

Emad Jamil Al-Swealmeen is 32 years old and originally from Jordan. According to The Sun, to a number of his acquaintances, he often claimed to be from Syria.

2. Applying for asylum to the British Government

He is said to have applied for asylum several times to the British Government, but so far. He also did not get permanent resident status in England. "One of the issues being looked at is whether this unresolved complaint prompted him to carry out the attack," a police source said.

He is said to have converted from Islam to Christianity in 2017. According to Malcolm Hitchott, who gave him a place to stay, he first appeared at Liverpool's Anglican Cathedral in 2015 and expressed his desire to convert to Christianity.
“He took the Alpha Course, which explains the Christian faith, and completed it in November of that year,” Hitchott told The Sun.
He also said that Al Swealmeen never talked about Islam, terrorism and violence. 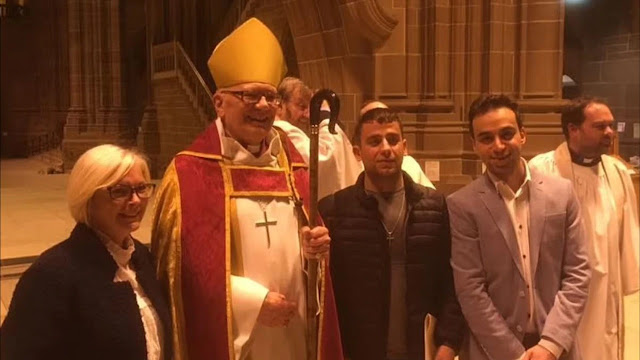 4. Assemble the bomb at home

Police discovered that Al-Swealmeen had assembled a bomb in his bedroom. The homemade bomb was filled with bullets. Police then detonated the remains of the bomb which was found in a house in the Rutland Avenue area of ​​the Sefton Park district.

He made the pseudonym Enzo Almeni after the founder of Ferrari, Enzo Ferrari. According to Hitchott, Al Swealmeen enjoys motorcycle racing and often plays go-karts at Brunswick in Liverpool.