Afghan couple leaves baby with US troops, but now missing

Afghan couple leaves baby with US troops, but now missing

A husband and wife hand over their baby to US troops during chaos at Kabul Airport last August.
Ummatimes - However, the whereabouts of the baby are unknown. Reported by NBC News, last August 19, Mirza Ali Ahmadi and his wife, Suraya, along with their five children, were caught in a chaotic situation where many Afghans scrambled to enter the airport to board evacuation planes.
From behind the fence inside the airport, US soldiers asked them if there was anything they could do to help.
Mirza Ali is worried that Sohail, her 2 year old baby, is trapped in the stampede.
He then handed their baby over to the soldiers. 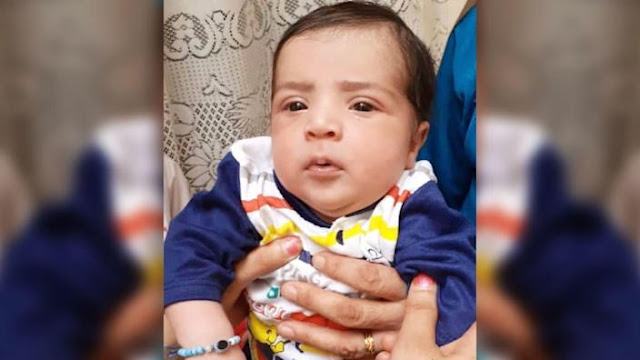 The two thought they would soon reach the entrance, which was only about 5 meters away.
But by then, Mirza Ali said, the Taliban had started pushing back hundreds of refugees who wanted to leave the country.
It took Mirza Ali more than half an hour to get to the other side of the airport fence.
However, once they were inside, Sohail was nowhere to be found.
Mirza Ali, who claims to have worked as a security guard at the US embassy for 10 years, is getting desperate.
She asked every officer she met about the whereabouts of her baby.
He said a military commander told him the airport was too dangerous for babies and that the babies might have been taken to a special area for children.
But when he got there, the place was empty.
"He walked with me around the airport looking everywhere," Mirza Ali said in an interview through an interpreter.
He said he never knew the commander's name, as he did not speak English and relied on Afghan counterparts from the embassy to help him communicate.
Three days passed without clarity.
"I spoke to maybe more than 20 people," he said.
"Every officer - military or civilian - I ask them about my baby."
He said one of the civilian officials he spoke to told him Sohail may have evacuated himself.
"They said 'we don't have the resources to look after babies here.'"
Mirza Ali (35), Suraya (32), and their other children, aged 17, 9, 6 and 3, were evacuated to Qatar and then to Germany and finally landed in the United States.
The family is now in Fort Bliss in Texas with other Afghan refugees.
They are waiting to be resettled somewhere in the United States.
They have no relatives there.
Mirza Ali said he saw other families also handing their babies over the fence of Kabul airport to soldiers at the same time.
A video clip of a tiny baby in a diaper raised with his arm over barbed wire has gone viral on social media.
He was later reunited with his parents.
Since the baby went missing, everything has become a blur, says Mirza Ali.
Everyone he met—aid workers, US officials—he questioned them about Sohail.
"Everyone promised they would do their best, but it was just a promise," he said.
An Afghan refugee support group created a "Lost Baby" poster with Sohail's photo on it.
They spread it around their network in the hopes that someone would recognize it.
A US government official familiar with the situation said the case had been reported to all agencies involved, including US bases and overseas locations.
The child was last seen being handed over to a US soldier during the chaos at Kabul airport but "unfortunately no one was able to locate the child," the official said.
A spokesperson for the Department of Defense and a spokeswoman for the US Department of Homeland Security, which oversees resettlement efforts, raised questions about the matter with the State Department, because the segregation took place overseas.
A State Department spokesman said the government was working with international partners and the international community to explore every avenue to find the child.
It also made an international yellow warning issued through the International Center for Missing and Exploited Children.
Suraya, who also spoke through an interpreter, said she cried a lot and her other children were in despair.
"All I do is think about my son," said Suraya.
"Everyone who called me, my mother, my father, my sister, they all comforted me and said 'don't worry, God is good, your child will be found.'"