An outbreak of African swine fever is widespread in Vietnam and is hurting the local agricultural industry. The government said this case forced the culling of three times the number of pigs culled last year.
"This outbreak is evolving in complicated ways. It threatens to spread on a large scale," the government said in a statement Thursday.
Ummatimes - This year's outbreak has spread to 2,275 counties in 57 of the country's 63 cities and provinces. The government added that authorities have so far this year culled 230,000 pigs. 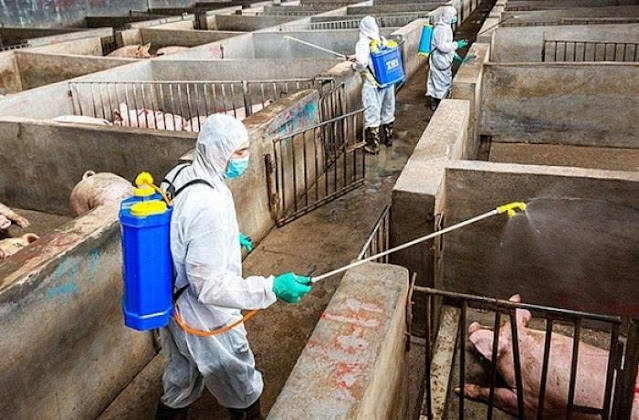 African swine fever is harmless to humans but is often fatal to pigs. The disease originated in Africa before spreading to Europe and Asia and has killed hundreds of millions of pigs.
Vietnam reported its first case of African swine fever among its pig herds in February 2019. The disease forced the culling of about 20 percent of the pig herd and doubled the price of domestic pork at the start of last year. The outbreak subsided for the rest of last year and earlier this year allowing the country to rebuild pig herds.