In suppressing the spike in world crude oil prices, Japan plans to release its oil reserves in response to the announcement by the President of the United States (US), Joe Biden that the US will release its oil reserves to lower prices and address the supply shortage worldwide.
Ummatimes - Biden's call also applies to other major energy consuming countries, namely Japan, China, India, South Korea and the UK.
"Together with the US, we have decided to sell a portion of the country's oil reserves in a way that will not violate the oil reserves law," Japanese Prime Minister Fumio Kishida told reporters at the prime minister's office on Wednesday (11/24/2021), quoted from the Asahi Shimbun.
"Stabilizing crude oil prices is a very important task to achieve our economic recovery from the COVID-19 pandemic," Kishida added.
Kishida also urged oil-producing countries to expand production, take precautions for every industry, such as agriculture and fishing, and reduce sharp increases in gasoline and oil prices completely.

1. The step taken by Japan is a response to the US request, in which the US will release 50 million barrels of its strategic oil reserves

Kishida's confirmation came as President Biden announced on Tuesday (11/23/2021), that the US Department of Energy would provide a release from the Strategic Petroleum Reserve (SPR).
The move was taken after weeks of consultations with countries around the world.
Later, the US Department of Energy will provide the release of 50 million barrels of strategic oil reserves, in two ways, First, 32 million barrels will be exchanged over the next few months, releasing oil that will eventually return to strategic oil reserves in the coming years. . Second, 18 million barrels would be an acceleration in the next few months of previously approved oil sales by Congress.
The steps in the economic recovery taken by the US are the impact of the COVID-19 pandemic which forced the global economic shutdown, which resulted in consumer demand for goods exceeding the supply of oil which ultimately could not meet demand. 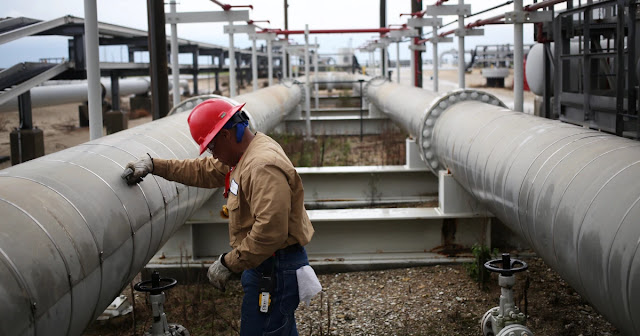 "The president stands ready to take additional action, if needed, and stands ready to use his full authority to work in coordination with the rest of the world to maintain adequate supplies as we emerge from the pandemic," White House Press Secretary Jen Psaki said in a statement.

2. In Japan, releasing oil reserves is only permitted if there is a risk of supply disruption, such as conflict or natural disaster

For Japan itself, ownership of its oil reserves is sourced from state-owned oil reserves and private sector oil reserves, where by law, oil companies are mandated to store.
In Japan's oil reserves law, the release of oil reserves is limited in times of shortage due to conflict or natural disasters.
According to official data, currently, Japan's oil reserves hold daily oil consumption of 145 days at the end of September, which is well above the 90-day minimum required by law. It stated that the overall national stockpile was around 490 million barrels.
Quoted from Reuters, Japan's Minister of Industry, Koichi Hagiuda, said that "Japan will release several hundred thousand kiloliters of oil from its national reserves, but the timing of the sale has not been determined," he told reporters.
Earlier, the Nikkei newspaper reported that Japan would release about 4.2 million barrels of oil or about 666,666 kiloliters.
Domestically, energy conservation has contributed to suppressing the decline in oil consumption, which causes the government to plan to release the surplus at the end of the year.

3. Other energy consuming countries will also respond to US requests for the use of strategic oil reserves

Other major energy consuming countries will do the same to release their oil reserves.
For India, the country will release 5 million barrels, and the UK will release 1.5 million barrels of oil from privately held reserves.
And for South Korea and China have not confirmed the details of the amount and timing of the release of oil. The Ginseng country will decide after discussing it with the US and its allies.
In Japan, to release the country's oil reserves is something that has never happened before. Private sector oil reserves were released during the 1991 Gulf War and after the massive earthquake and tsunami that hit eastern Japan in 2011.