Argentine President Alberto Fernandez promised to tackle debt problems with the International Monetary Fund (IMF) and 'evil' inflation. This was conveyed after his party Partido Justicialista (PJ) performed poorly in the by-elections.
Ummatimes - He pledged to tackle inflation above 50 percent lowering wages and submitted a long-term economic plan to Congress in early December. This is something investors and the IMF have been waiting for during negotiations to reach a new deal.
"In this new stage, we will deepen our efforts to reach a sustainable agreement with the IMF. We must explain the uncertainty that can arise from this kind of unsustainable debt," Fernandez said in a speech on Monday (15/11).
The moderate left president called for 'patriotic' cooperation with the conservative wing of the opposition which won a number of key elections, such as parliamentary elections in the populous province of Buenos Aires and Senate elections. The ruling party is on track to lose its majority in the Senate which they have ruled for more than 40 years. PJ has tried to keep the opposition from winning the lower house. 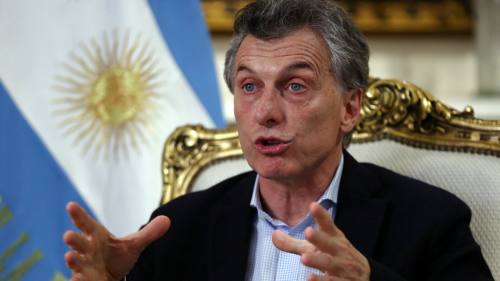 This election is for half the seats in the lower house of the Chamber of Deputies and a third of the seats in the Senate. Voters focused on massive inflation and high poverty rates that were sharpened during the Covid-19 pandemic.
"I know very few people have enough money at the end of the month," said security guard in Buenos Aires, Ricardo Arese.
He said since 2016 his household spending had increased by 300 percent and he saw no reason to be optimistic. "We are looking forward to the next two very difficult years," said the 69-year-old.
The election went smoothly but many voters were angry and disappointed. "I'm here to vote in the hope that things will change," said Mirta Laria, a housewife in Buenos Aires.
"Every day our conditions are getting worse and sadly our children are only seeing a way out of their lives abroad," he added.
President Fernandez's popularity has been hit during the Covid-19 pandemic and inflation. The value of the currency is at its lowest point against the US dollar despite the government's tight control.
New York-based Argentine observer Ignacio Labaqui of Medley Global Advisor said the by-election loss meant "Fernandez's political power is shrinking". "Because the coalition is full of internal grievances and a bunch of economic problems that need to be fixed, starting with inflation," Labaqui said.
The government coalition controls 41 of the 72 Senate seats and a majority in the lower house. Now it looks like they will lose the majority.