Armenia, Azerbaijan accuse each other of carrying out attacks

Armenia, Azerbaijan accuse each other of carrying out attacks

Armenia and Azerbaijan have accused each other of opening fire on the Nagorno-Karabakh border. This latest incident is predicted to heat up tensions between the two old enemies.
Ummatimes - The two former Soviet Union countries fought a six-week war in the spring of last year. The conflict in Nagorno-Karabakh in 2020 killed around 6,500 people.
"Units of the Azerbaijan Armed Forces are trying to carry out a temporary attack towards the east of the Armenian-Azerbaijan border," the Armenian Ministry of Defense said as quoted by the Defense Post, Monday (15/11). They added that Armenian troops 'prevented the enemy's efforts' and that there was an 'intensive firefight' at the border. 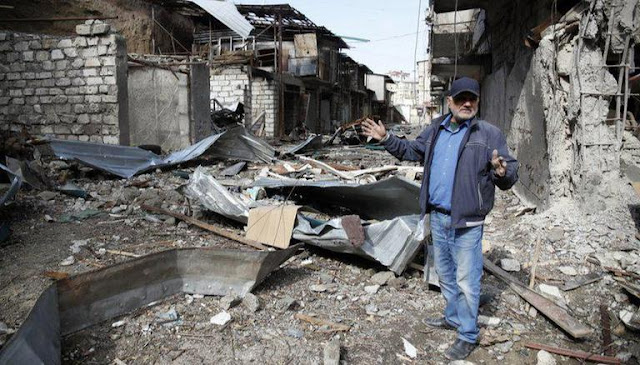 Meanwhile, Azerbaijan said Armenian troops opened fire from "sniper rifles, grenade launchers" and other firearms towards Azerbaijan on Saturday night. Shots were fired into several districts.
One of them is the Kalbajar district which Baku captured last year after being ruled by Armenia for three decades. Azerbaijan's Ministry of Defense claimed to have "taken appropriate measures to end the provocations". Neither country reported any fatalities.
On Saturday, authorities in Nagorno-Karabakh said that due to a gun battle, the only road connecting Armenia to the rebel-held Lachin Corridor was temporarily closed. Since last year both Azerbaijan and Armenia have reported exchanges of fire along the border. This has sparked fears of another large-scale fighting occurring in the region.
Last year's war ended in November under a ceasefire brokered by Russia. Armenia ceded territory they had controlled for decades to Turkey-backed Azerbaijan but tensions remain high.