The Association of Southeast Asian Nations ASEAN asks Myanmar to accept and sincerely implement the Five-Point Consensus for the sake of creating peace in the country.
“ASEAN is one family. What we are doing to Myanmar is nothing more than a family helping one of its members," said Indonesia's Permanent Envoy for ASEAN Ade Padmo Sarwono in the webinar "Myanmar Crisis and the Future of ASEAN" in Jakarta, Tuesday, November 9, 2021.
Ummatimes - According to Ade, ASEAN does not see any significant progress from the implementation of the consensus.
“It is very difficult if someone wants to extend his hand, but the person being helped does not sincerely accept. It means, it is also difficult to solve this problem," he said. 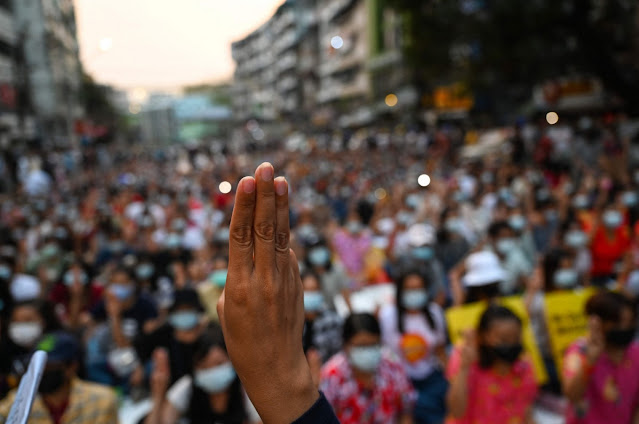 Myanmar is considered not committed to creating peace in its country and ASEAN has not received a good response from the country regarding the implementation of the Five-Point Consensus.
"We are not trying to alienate Myanmar, Myanmar is isolating itself," he said.
However, Ade stated that ASEAN already has a lot of experience in dealing with such issues, so it has now been decided to still open up opportunities for Myanmar to open a dialogue.
"We may seem slow, but this is a process that must be followed through a gradual approach and we ask Myanmar to be open to ASEAN's efforts," he said.
Despite Myanmar's absence from the ASEAN Summit two weeks ago, ASEAN still adheres to the values ​​of integration in accordance with the ASEAN Charter.
“We are ready to cooperate with Myanmar, as well as to establish communication with the authorities there. ASEAN still opens opportunities and is ready when Myanmar is ready," he said.
Currently, ASEAN is giving Myanmar the space and time to deal with internal problems in the country.
"So, later dialogue must be established sincerely, not only for the sake of showing commitment, but also implementing it concretely," he said.
Myanmar's junta toppled democratic rule in February 2021. Currently, the military rulers face popular resistance.