Australia has started rolling out a COVID-19 booster vaccine program using vaccines from Pfizer in Sydney. The program, which started Monday (8/11) is pushing for greater freedom for Sydneysiders after the government accelerated immunization against the coronavirus.
Ummatimes - Since last July Australia's vaccination rate has increased sharply after previously failing to reach the target. The acceleration of vaccination comes after the southeastern region of the country experienced the third wave of the coronavirus outbreak triggered by the highly contagious Delta variant.
The outbreak forced the government to implement strict social distancing regulations. Sydney and Melbourne are the cities most affected by the Delta variant outbreak.
Australia's two largest cities are trying to speed up vaccination programs before easing social restrictions. Life in the State of New South Wales began to return to normal. Nearly 90 percent of the population aged 16 and over received two doses of the Covid-19 vaccine. 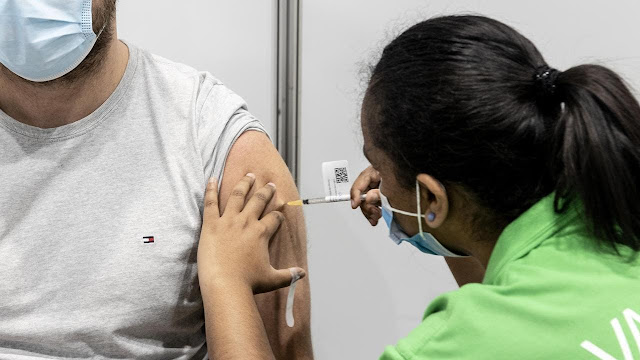 There will be no limit on the number of guests for those who have been fully vaccinated. Meanwhile restaurants and entertainment venues can also receive more customers. The stadium can operate at full capacity.
Match organizers can also look forward to more spectators in the World Cup qualifying match between Australia and Saudi Arabia this coming Thursday (11/11). Vaccination programs provide a lot of freedom.
Australian Federal Government Health Minister Greg Hunt said around 173,000 booster vaccines had been given to residents in nursing homes. Apart from medical staff. "So we're off to a great start, it's a great start and good news for Australians," Hunt said at Seven News.
The booster vaccine will be given to people aged 18 years and over and those who received the second vaccine about six months ago. At the end of last week Australia's two-dose vaccination rate reached 80 percent.
Australia is one of the countries with the lowest Covid-19 infection rates in the world. Since the beginning of the pandemic, Kangaroo Country has only recorded 181,600 cases of infection and 1,872 deaths related to the Corona virus.