Outbreaks of bird flu began to spread in Japan. The country detected an outbreak of bird flu believed to have originated from a highly pathogenic virus on a farm in Yokote City, Akita Prefecture.
Ummatimes -  This will be Japan's first bird flu outbreak in the winter of 2021. According to Reuters, some 143,000 chickens in Yokote were culled, the ministry said in a statement.
Authorities have also established a no-go zone up to 10 km from a designated distribution center.
According to Nippon.com, the Akita Prefectural government said that the local livestock hygiene center received reports Tuesday of a number of dead chickens.
The test results showed that some of the dead birds were positive for bird flu. 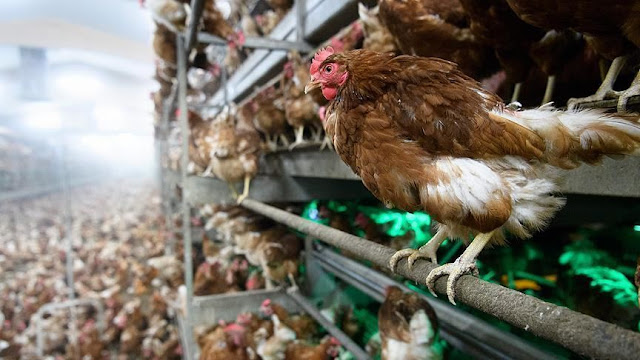 About 190 birds on the farm reportedly died between Monday and Tuesday.
The bird flu virus was detected in 12 of them.
However, the relevant ministry stated that bird flu is not contagious to humans.
"With the current situation in Japan, we do not believe that there is a possibility of bird flu being transmitted to humans through the consumption of chicken meat or eggs," the ministry said.
However, in China, this year there has been an increase in cases of bird flu in humans.
This invites the concern of epidemiologists, especially in the midst of the current Covid-19 pandemic.
China previously reported 21 cases of human H5N6 bird flu infection this year to the World Health Organization (WHO).
A total of six people died and most were critical.
"The increase in cases (of bird flu infection) to humans in China this year is worrying."
"This is a virus that causes high mortality," said Thijs Kuiken, professor of comparative pathology at Erasmus University Medical Center in Rotterdam.
Outbreaks of bird flu have also been reported in Europe in recent weeks.
Farms in Poland, which has a total of 650,000 birds, became the point of infection.
Last winter, Japan experienced its worst winter flu outbreak on farms.
More than 3 million chickens were culled and a quarter of the country's prefectures were affected.