An improvised bomb was hurled at the roof of a lecture hall on a campus in Cameroon, injuring 11 students, Wednesday, November 10, 2021.
Ummatimes - It is not yet known who carried out the attack, but the Cameroonian government is dealing with separatist groups in western Cameroon.
The victims are in stable condition in hospital, Buea University vice-chancellor Horace Manga Ngomo told Reuters. He declined to comment on who might be behind the attack.
"The investigation will tell us who did it," he said.
The campus was closed and students rushed home. No immediate claim of responsibility.
Two security sources said authorities suspect attacks by separatist groups who have waged an insurgency for the past four years. 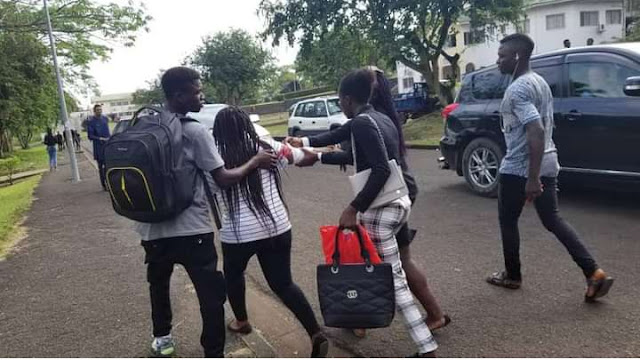 The crisis began in Cameroon's English-speaking Northwest and Southwest region in 2016 when teachers and lawyers protested feeling marginalized by the largely French-speaking national government.
A crackdown by security forces helped radicalize the movement, and the conflict has killed more than 3,000 people and displaced nearly 1 million.
It was the second explosion in Buea, in the Southwest region, this week after a taxi driver was killed on Monday by an explosive device.
Over the past year, separatist rebels have increased their use of explosive devices, killing dozens of Cameroonian soldiers.